Poker rooms at the Flamingo and Bally's to close during WSOP

New to poker?
Refer immediately back to:
the poker rules
the poker dictionary
the strategy to begin
Free tournaments and added prizes 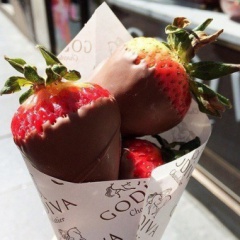 Welcome to Club Poker, the 100% poker community. Discover your poker forum, where you'll learn how to play poker and where you'll meet other poker players. Once you've read the poker dictionary and the poker rules, test your capacities by playing real online poker.
Start with free poker without spending a cent, by playing the many freerolls. Then you'll be able to play real money online poker tournaments, where the Club Poker adds gifts and augmented prizepools. Test the many poker sites, read the Club Poker members reviews, and find your favorite poker room.
Follow the poker news, and stay tuned with the latest hot events. Discover our members' poker blogs and the members' poker photos gallery. Then you'll be ready to learn the advanced poker strategy and read good poker books. We're pretty sure you'll soon be part of our poker rankings.
Don't forget to test real poker chips in the poker casinos where you'll find live poker tournaments in the World. And finally, qualify for the World Championship of poker in Las Vegas.