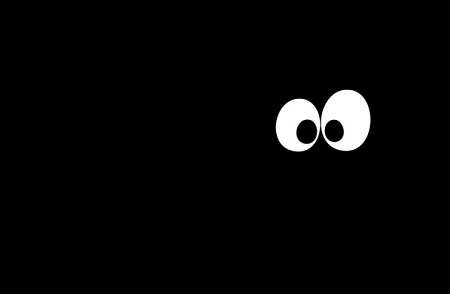 Despite all the scaremongering and health warnings, Rich Altai won his 100k isolation prop bet without any serious damage. For one, he didn't have to go all the way to 30 days. Less than three weeks into the ordeal, Rory Young offered him a buy-out. During a regularly scheduled food delivery, Young and Altai hammered out a number for a buy-out. Altai agreed on $62,400 and the prop bet was over. Young also agreed to pay for Altai's expenses. Although nothing seems to be too out of the ordinary for Altai, he cannot sue Young for any damages if his eyesight is damaged or if he gets PTSD for 20-days in isolation.

Then again, it's one thing to get thrown into the hole by the Man after being incarcerated with other criminals. It's a whole other to willingly subject yourself to a challenging situation. I couldn't sit in a bathroom for 7 days in a row with light, TV, and wifi and plenty of weed and other pharmaceutical drugs. The fact that Altai pulled off 20 is quite a feat.

Then again, Altai felt he had the edge because he participated in silent yoga retreats and pulled off those without any issues. If you have a mentally strong mind, and a will, and have great chakra conditioning due to yoga, then you can accomplish almost anything.

When I was a kid, I saw a TV show where they put a yogi inside of a box, all twisted up and contorted, for a significant amount of time. But the yogi emerged unscathed and perfectly fine. It was a display of "mind over matter" and how the mind is a powerful entity.

It really proves that "you are your worst enemy" but it also goes to show that mental toughness is the key to overcoming difficult obstacles, whether it's trying to focus at the poker table while William Kassouf is yapping your ear off, or you're stuck in total darkness with nothing to do but listen to the voices inside your head.

I love a good prop bet. Too bad this one didn't go all the way to the end. All 30 days. It would have been even funnier if they left him inside for 50 days and to see how long he could actually go. I couldn't go a full day without wondering who won the Knicks game last night. Kudos to Altai for his balls of steel and his mental toughness. Well played, sir.

Rory Young knew he was beat and folded a losing hand. Sure he hedged off a bit and reduced his actual risk (from 100K to 85K), but he knew it was time to call it at 20 days. The actual loss for Young is somewhere around 42K of his money. Rest assured, Altai wins a full $62,400.

Then again, it's all fun and games until someone dies. No one has actually died yet doing these crazy wagers... yet. Sure, Erik Lindgren suffered from heat stroke after his redonkulous golf prop bet. But he lived and he's doing fine a decade later.

Shortly before Black Friday in 2011, there was that running wager Ashton Griffin and between Haseeb Qureshi where Griffin had 24 hours to run 70 miles on a treadmill. Even though Griffin had never actually completed a marathon (his biggest single-day running total was 22 miles), he still pulled off the insane feat and shipped a 3-to-1 prop bet. Griffin put up $285K and shipped $885K. Lukcily, fellow friend Doug Polk kept tabs on Griffin through the first half of his marathon run. Then Griffin's parents got involved when they heard about their son's antics. They lived a few hours away and drove to Griffin's house to persuade him to stop it. He had 40 more miles to go with 12 hours remaining and somehow convinced his parents that he could do it.

With his parents keeping an eye on him for his last 12 hours, Griffin accomplished the final 40 miles for a grand total of 70. That might have been the closest-to-death for a winning prop bet.

Of course, those prop bets involving riding a bicycle from Vegas to LA have their own built-in danger, mostly from a potential accident or wreck. Luckily, no one (Brian Rast, Samantha Abernathy, and Dan Bilzerian) was hurt in those situations.

By the way, this entire prop bet reminds me of Pitch Black a Vin Diesel sci-fi/horror film around the turn of the century. He played a criminal named Riddick (with surgically altered eyes that allows him to see in the dark) is being transported to a prison, but the spaceship carrying him crashes on a planet and he has to fight aliens while everyone tries to figure out how to get off the planet.