The Chip Reese Trophy is one of those awards that poker players like having around because it actually means something. Bracelets are a dime a dozen, but the 50K bracelet is one of the true tests of poker awesomeness. You can luckbox a bracelet in any NL event. Heck, you can even run hot long enough to luckbox a Main Event title, but you actually have to play poker to win the 50K PPC. Hey, there's a reason it's called the Chip Reese Trophy because you have to demonstrate mad skills at multiple games while playing the best of the best. It might be a smaller field these days, but the bracelet and trophy still mean more than a mountain of cash and six-pack of other bracelets.

Talk is cheap in Vegas, but the 50K puts the shit talkers to sleep. 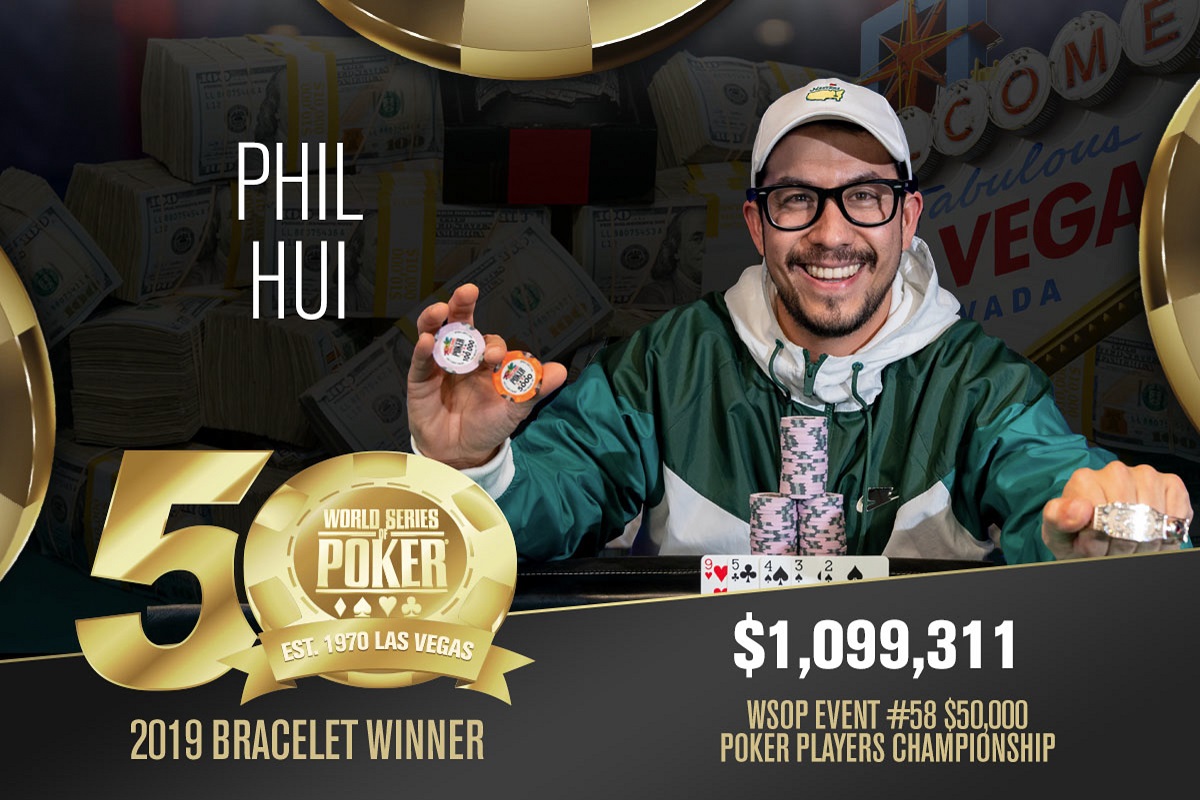 This year's $50K PPC attracted a somewhat low number of 74 runners. Despite the small field, it was stacked with several of the top players in the world competing for the coveted Chip Reese Trophy.

Josh Arieh came into the final table with the big stack.

Short-stacked Jungleman bounced first at the final table but at least he walked away with $168K. That moolah will keep the party going for Jungleman because greenbacks will get you a lot of scantily clad ladies to hang out and get randy.

Shaun Deeb made another WSOP final table, but he missed out on the bling. He busted in fifth place which paid out $232K.

Bryce Yockey hit the bricks in fourth place and he won $326K. Not to shabby eh?

John Esposito could fare better than third place. T'was a valiant effort and he took home $466K for his work. His elimination set up the heavyweight finale.

Josh Arieh got heads-up with Phil Hui. The winner won a cool million and the bracelet. The loser banked only $679K and a set of steak knives.

Arieh led coming into heads up but Hui was not going anywhere. He hunkered down and after a couple hours of heads-up, he finally chipped away at Arieh's stack and snagged the lead. Arieh could not rally and failed to launch a successful counterattack.

Hui won the tournament, and the bracelet, and over $1 million in cash.

With the victory, Hui moved into second place on the 2019 WSOP POY Race. He trails Dan Zack, who went deep in another event.

Only the top 12 places paid out in the $50K Poker Players Championship. Andrew Brown min-cashed in 12th place. Talal Shakerchi is one heck of an online player as well as a big stakes dude in the like realm. He cashed in 11th place. Chris Vitch finished in tenth place. Italy's Dario Sammartino went deep but only finished in ninth place. Phil Ivey made waves when he was the big stack at the end of Day 2 and then again at the end of Day 3. Alas, his quested ended in eighth place. Hall of Fame finals David Oppenheim bubbled the final table in seventh place.

Seidel's appearance at the final table turned heads. Everyone wanted to see him go the distance. Alas, he was short and busted first.

Connor Drinan hit the bricks in seventh place, while Pearljammer hit the road in fourth place.

The token German at the final table, Thomas Schropfer, busted in third place which set up the finale between Rod Burt and Anthony Zinno.

Zinno won his second bracelet and $280K in cash.