Another busy weekend at the Rio Casino in Las Vegas. The final weekend in June included the conclusion of the $10,000 Razz Championship along with the final table of the Colossus Running of the Donks. Over in the $10K Razz, Scott Seiver won his third bracelet in the $10K Razz and he outlasted a final table that included Player of the Year candidate Dan Zack, Jesus Ferguson, Kid Poker, David Bach, and Andre Akkari. 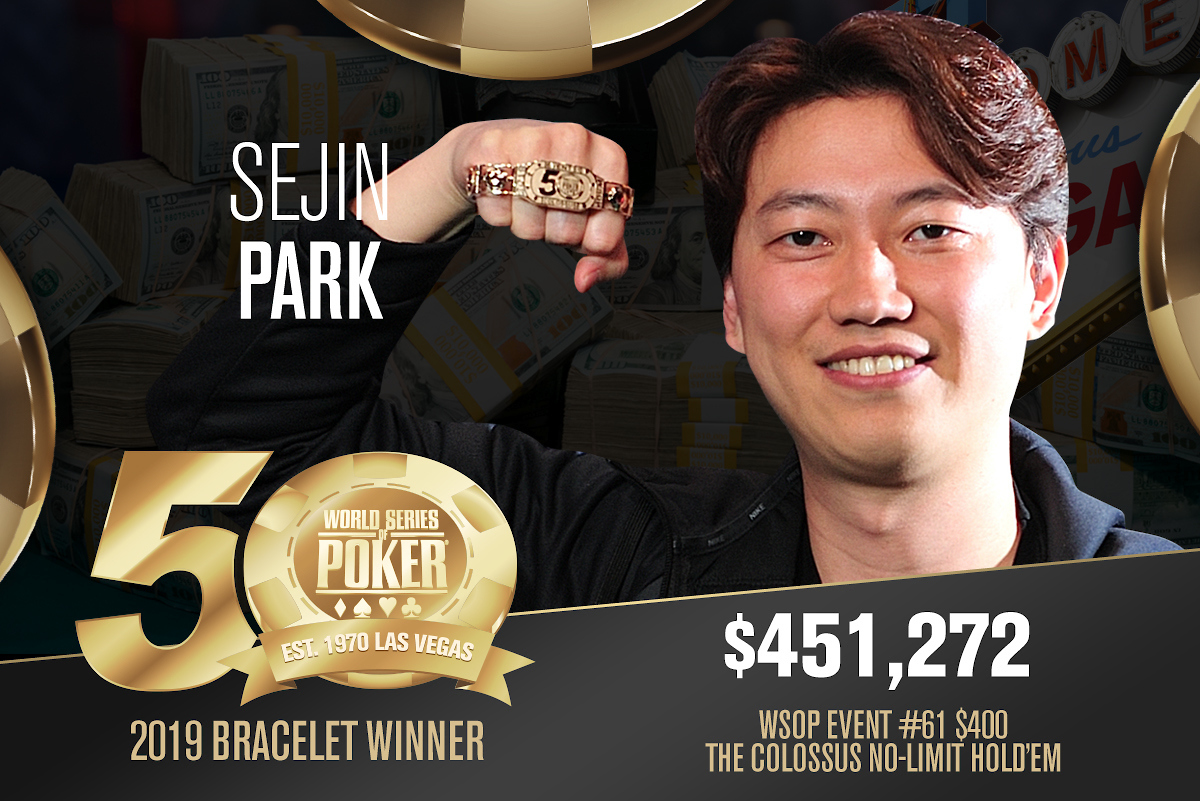 If you build it, the donks will come. The COLOSSUS is one of those branded events that got some suit a mega promotion for coming up with an idea on how to boost numbers and host a redonkulous event.

Over 13K runners took part in the 2019 Colossal Running of the Donks. This year's event was a modest $400, which means even more donkery that usual. The total number of 13,109 players created a prize pool worth over $4.3 million.

In the Colossus Running of the Donks, the top 1,965 places paid out. Heck, that's the size of a field in some Donkamanets and that's how many places got paid out.

All the cheesecake was at the final table with the winner taking home at least $450K and the top five places paying out six figures. Not too bad for a mere $400 event.

Andrew Barber made the final table but his run ended in fifth place, which paid out $119K.

It came down to Greece vs. South Korea for the Colossus bracelet. Georgios Kapalas and Sejin Park were heads-up for the bling and bragging rights.

Georgios Kapalas busted in second place, which paid out $279,881. Not too shabby for a runner-up score!

Sejin Park banked $451K for his victory and he won his first bracelet. He became the second player from South Korea to win a bracelet this year.

Razz is always one of the most difficult events to win. The beats are brutal and the brick-damage starts to add up on your psyche. Only the toughest of the toughest mental warriors can handle the devastating waves of Razz bricks.