All Nevada casinos, including Las Vegas, closed during April
by Pauly McGuire

Nevada began the year with its casinos booking $1.038 million of revenue in January and another $1.042 billion in February according to the NGCB. That fortuitous streak with ten-figure scores came to an abrupt halt when Governor Sisolak shut down Nevada casinos on March 17 due to growing casinos of the coronavirus pandemic. And it looks like it will be a long time before Nevada casinos can print money once again because Gov. Sisolak extended his shutdown. With the pandemic yet to reach the peak of its destructive powers, April is closed.

Yes, Sin City will be shut down for the entire month of April. Nevada Governor Steve Sisolak made the official announcement on Wednesday. Two weeks ago, Gov. Sisolak originally ordered casinos to close for a period of 30 days. Not even halfway through his initial shutdown order, the Governor decided to extend the closure until the end of the month as coronavirus cases steadily increased over the last week.

At the end of this new 30-day shutdown cycle, Gov. Sisolak will evaluate the situation and determine whether or not it is safe to open up casinos.

Many estimations suggest everything in North America will be shut down for at least another two months.

By last weekend, coronavirus cases raced toward 1,000 positive tests. It's important to note that there's a backlog of testing, so many of these numbers are anywhere from a week to ten days old. But as of March 31, almost 12,000 Nevada residents were tested for COVID-19, with nearly 11,000 coming back negative.

At least 26 people died in Nevada due to the coronavirus with 23 fatalities occurring in Clark County (where Las Vegas is located) and three deaths in Washoe County (where Reno is located).

Gov. Sisolak also finally issued an official stay at home order (SAHO). The majority of the country had been under directives from their governors by the end of March, but at least a dozen states had not done so including Nevada. Nevada did not issue a specific SAHO at any moment during the month of March, but all casinos, bars, and restaurants were already closed, so it's not like Nevadans had plenty of options.

"This directive builds on previous directives around school closures, social distancing, closure of non-essential businesses, and bans on public gatherings of 10 or more people by requiring you stay at home unless leaving is absolutely necessary," Gov. Sisolak said in a press conference.

All non-essential business will remain closed (which includes strip clubs) but does NOT include marijuana dispensaries (which were deemed essential!). Schools are also shut down for the remainder of April.

Gov. Sisolak also encouraged any Nevada residents returning from out of state to self-quarantine for 14 days.

For now, the 2020 World Series of Poker is a go, but all signs point to the annual running of the poker donks to be postponed until a later date. Obviously, if Gov. Sisolak opens casinos, then the WSOP will go on as planned.

Go further:
Top 5 Strip Clubs in Las Vegas: read the article
2 comments
0
Email
Tweet
Your comments to this news on the forum:
All Nevada casinos, including Las Vegas, closed during April
This news has 2 comments:

This is going to devastate the Las Vegas community. Perhaps more than the rest of the country. They are simply so reliant on tourism dollars that just aren’t there but on the contrary online poker seems to flourish. 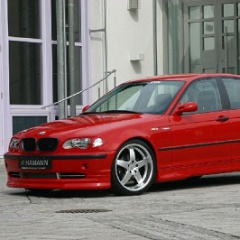 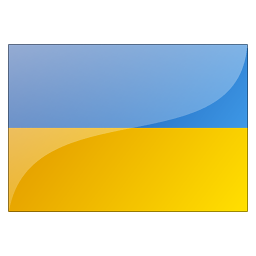 when they closed many people use online gambling. i also playing online, now at bingo jet. Established in 2002, Jet Bingo has been soaring through cyberspace long enough to build a solid reputation for customer satisfaction and quality services. For JetBingo slots, there are games such as enchanted gardens, posh life and Genie Fortune.