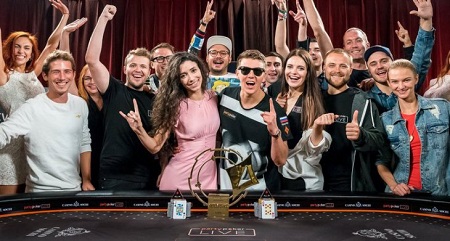 The overall buy-in in the MILLIONS Main Event was 318,000 Rubles, or approximately $5K USD.

Only 11 players were still alive going into the final day of action. Andrey Malyshev came into Day 4 as the big stack. He wouldn't be able to go wire-to-wire and Malyshev busted in third place.

Viktor Khodorenko, the only non-Russian at the final table, busted in fourth place. Andrey Malyshev's exit in third place set up a heads-up bout between Gor Kazaryan and Anatoly Filatov.

Anatoly Filatov earned a first-place payday worth 60,000,000 Rubles, which is approximately $994K USD (according to Hendon Mob).