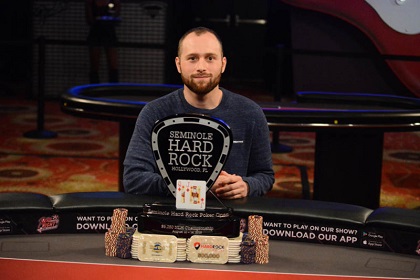 The Seminole Hard Rock Casino in Hollywood, Florida completed its annual summer fiesta with the conclusions of the SHR Poker Open. Their Big 4 events included the $25K High Roller and the $5,250 buy-in Main Event, which boasted a $3 million guarantee. Brandon Eisen took down the Main Event, while Jake Schindler topped the High Roller.

Meanwhile, the $25K High Roller attracted 123 entrants and a prize pool a shade over $3M. Jake Schindler defeated Shaun Deeb heads-up for the title. Deeb banked $535K for second place, while Schindler walked away with a little more than $800K. Only the top 16 places paid out in the High Roller. Among those who cashed included Tom Marchese, Barry Hutter, David Peters, Darren Elias and Ryan Riess.