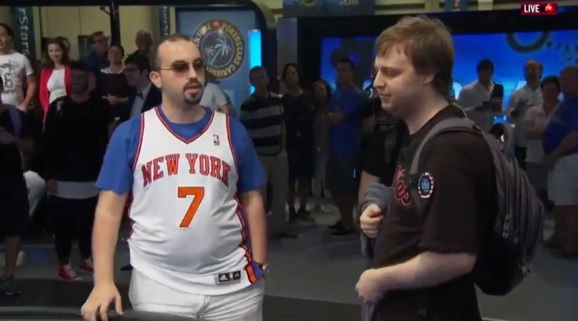 Bryn Kenney took down the first major event at the 2016 PCA.

The $100,000 buy-in Super High Roller event in the Bahamas attracted 58 entries and 44 total unique players. At the end of a long Day 2, Bryn Kenney was the chip leader with six to go. On the final day, Kenney managed to get to the final two spots. Only 2015 WSOP Main Event champ Joe McKeehen stood in his way.

Kenney held the lead when heads-up began but it was McKeehen who drew first blood. McKeehan had a huge swing after he doubled up with A-9 vs. Kenney's Qs-10s. An ace on flop helped McKeehen avoid elimination. McKeehen double up and pulled even. Couple hands layer, McKeehen flopped a straight with 8-6 and added even more chips to his lead.

Going into a much-needed break, Kenney was saved by the bell. McKeehen held a 4-1 edge but Kenney regrouped and launched a quick counterattack.

On the final hand... McKeehen was all-in with 5-5 vs K-7. Kenney flopped trip sevens and that's all she wrote.

With a runner-up finish at the PCA SHR, Joe McKeehen proved he was not a flash in the pan with his WSOP Main Event win. McKeehen won $1.2 million for a second place performance.

For full coverage of the 2016 PCA, head over to PokerStars Blog.