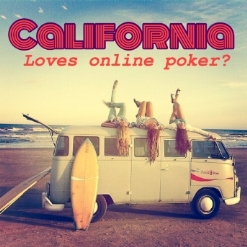 Will online poker bill AB 2863 get some California love?

California dreaming? Or a reality? The largest state in America does not have online poker, but it could become one of the most lucrative markets on the global scale. But when will it happen? The future is in the hands of Assemblyman Adam Gray, who is introducing AB 2863, or a bill that would bring legalized poker to the state of California. The last few weeks have hectic. The outlook went from rosy to grim to bleak and back to hopeful. With the recent news about Amaya Gaming CEO David Baazov stepping down amidst insider trading investigation, there was huge concern that a PokerStars-led coalition with several California Indian tribes would jeopardize the future of the bill. However, Adam Gray's bill got tweaked with two noticeable changes a mere week before a scheduled hearing in front of California's state assembly. The bill does not require an Appropriations approval, which is one less hurdle they must overcome. However, there's some "impartial" language added that seems like a backdoor "bad actor" clause.

Yeah, that sounds like a bad actor clause to me. Maybe? I dunno. I'm not a lawyer, but I play one on the internet. The Penchga Coalition, one of the largest opponents to PokerStars, sent a letter re-stating their stance on strict bad-actor language. They stated: "If impartial language is inserted into the bill when introduced, we commit to engaging in good-faith negotiations with you on Suitability Standards for Prospective Applicants to resolve this outstanding issue before the bill is brought to the Assembly Floor for a vote."