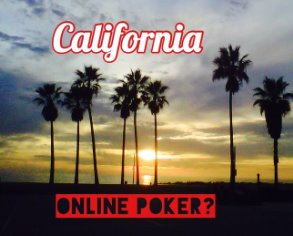 If the state of California wants to pass an online poker bill in 2016, then they have less than two weeks to make it happen before the state legislature adjourns their session on August 31. AB 2863, an online poker bill sponsored by Assemblyman Adam Gray, was initially up for vote on Monday. However, the vote was postponed because of fears it would not receive the necessary 2/3 approval from the California State Assembly. Last minute amendments were added to the bill that includes two major changes: 10% flat tax and a five year penalty for bad actors.

The first addition to AB2863 was the inclusion of a specific 10% flat tax for all online poker sites. The previous number was on a sliding scale between 8.64% and 15%. The second addition is the controversial inclusion of a five-year penalty box for bad actors (a.k.a. PokerStars).

Obviously, the PokerStars backed coalition (PokerStars plus three major Los Angeles casino -- Commerce, The Bike, and Hawaiian Gardens -- and the Morongo and San Manuel tribes) is against the new language and felt that a hefty fine is enough of a penalty, and that they shouldn't be forced to sit on the sidelines for a half-decade and pay a boatload of cash.

The coalition of California tribes, led by Pechanga and Agua Caliente, wanted PokerStars completely out of the picture, but it became apparent that any bill that had them completely out would never pass. Over the past few months, AB 2863 was amended to include specific language regarding a bad actor clause. PokerStars offered to pay a hefty fine, but the tribes wanted a $60 million fine plus a decade long ban. Now, the Pechanga coalition offered up a compromise of five years.

According to the Online Poker Report, an anonymous member of Pechanga coalition called out members of tribes who had joined forces with PokerStars. “If San Manuel and Morongo are genuinely concerned with protecting consumers, they would support this tenuous compromise.”

The Pechanga tribe feels that PokerStars are being “obstructionists” and that online poker would have been approved years ago if it weren't for PokerStars trying to get a cut of the pie. And it's a gigantic pie…California is the biggest state in the country…and unlike New Jersey or Nevada, it could thrive immediately.

The vote on AB2863 was initially scheduled for Monday, but it has been delayed for several days. If AB2863 does not get voted on by the end of August, then this year's attempt to legalize online poker in California will be officially dunzo. And we'll have to come back next year and start all over again. Stay tuned for updates on whether or not it goes up for a vote on Thursday or Friday. Otherwise, it's just another pipe dream to think Cali politicians got their shit together in time to legalize onliner poker.