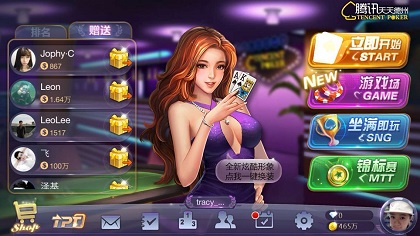 Say goodbye to poker apps in China. Tencent Gaming, one of the most successful gaming companies in the world and the creator of PUBG, announced the are shutting down their Texas hold'em poker app on September 25. Everyday Hold'em, a popular poker app in Asia, will not longer be available in two weeks.

According to Reuters, "Tencent Holdings will shut a popular Texas hold'em poker video game, the Chinese tech giant said to its users on Monday, in a further step to comply with intensifying government scrutiny hitting the country's gaming industry."

Poker is not considered a game of skill according to Chinese authorities inside the Ministry of Culture and Tourism (which sounds like a fictious authoritarian governing body out of a Philip K. Dick dystopian sci-fi novel). The powers to be lumped poker in the same grouping as other gambling ventures. As a result, there's been a wide crackdown on poker across the board including live venues, websites, and apps.

Tencent conceded the poker app, but many other of their games and titles have come under ridiculous scrutiny including one of the most popular survival games in the world, PlayerUnknowns Battle Grounds (a.k.a PUBG).

According to reports, PUB was altered because the battle royal game "severely deviated from socialist core values."

The company took a $20 billion hit last month when stocks plunged on news of the crackdown in PUBG. The news coincided with the rise of rival game Fortnite, which achieved meteoric rise as the game because a huge hit in North America, South America, and Europe.

Tencent is a tech giant based out of Shenzhen. Tencent started out as video game company, but they made a lucrative pivot into social media. Tencent is the mastermind behind WeChat, one of the biggest social media networks in Asia with over 1 billion users. WeChat generated $34 billion (USD) in revenue last year.

Poker is considered gambling according to Chinese authorities. And gambling is illegal in China. Gambling is only legal in Macau, but Chinese authorities were not shy about cracking down on rampant corruption in Macau. Intervention from the powerful government entities caused gaming stocks to plummet in the U.S. stock market. There's been a cycle that happens every few years, but Macau eventually recovers from the crackdown. 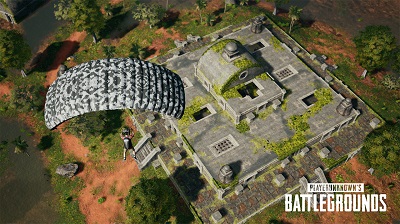 In late 2014, President Jinping was on an anti-corruption bent and he focused on the tigers and flies in Macau. The Ministry of Public Security cracked down on banks and made it harder for money to flow to/from Macau to mainland China and elsewhere.

In 2015, there was a bigger crackdown to thwart money laundering and other illegal-cross border financial transactions.

The high roller scene and junkets took a huge hit a couple of years ago before slowly returning to business as usual.

In June of this year, China unleashed another crackdown to control the money flow in/out of Macau. In that instance, they removed cash-back machines that were popular inside casinos and pawn shops.

The inevitable shutdown of gaming apps, especially poker, was expected… but not before September. In other gaming news, Tencent is preparing a major update for PUBG mobile users. This highly-anticipated mobile app update includes their launch of a new map, Sanhok. PUBG released its third map on PC and Xbox earlier this year. At a major gaming conference last month, Tencent also teased a fourth map that features cold weather climate, snow, and ice.