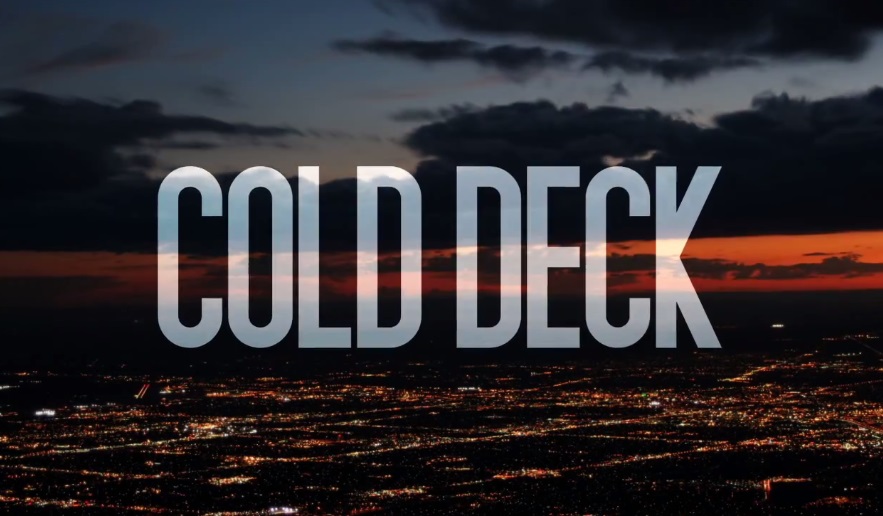 Oh, no. Not another poker movie!

Hey, I love poker and I love movies…but the majority of the movie-loving audience doesn't exactly dig poker movies. If you work in Hollywood, the biggest way to lose your job as an executive is to greenlight a poker movie. Just putting your film under the poker movie genre is the proverbial kiss of death. I guess that's why Cold Deck was put together by a Canadian production team and shot in Canada by first-time director Zack Bernbaum.

I never heard of Cold Deck until I noticed it mentioned on our French site. When I did a little digging, I found out that the film will be premiered at one theatre in Los Angeles on December 4, 2015, but it will not get a country-wide theatrical release. Yes, Cold Deck is going straight to video starting on December 1.

Oh, and the best thing I discovered about Cold Deck? It was written by Jason Lapeyre, the same screenwriter behind “The Unauthorized Saved By the Bell Story.” Sadly no cameos in Cold Deck by Screech.

Never judge a book by its cover. Never judge a movie by its trailer. Yet, all the warning signs are evident that Cold Deck is another clichéd heist-gone-wrong film and a low-budget knockoff of Tarantino's Reservoir Dogs. It seems that all of the film's budget went to hire Paul Sorvino, who is essentially playing a derivative of his mafia Don character Paulie from Goodfellas.

So, why would I waste your time telling you about another B-film that's remotely about poker? It's all about the salty dude in the stripe suit and this BAD ASS WEAPON. 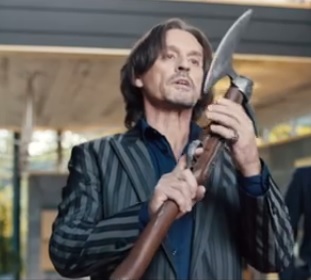 As the kids on the interwebs would say, “OMFG HAZ WANT!”

At first glance, I thought... “That axe dude will be my new avatar on PokerStars when they eventually return to America.”

Then I thought… "That suit's personalized weapon – combo shotgun-battle axe – reminds me of the King of Diamonds." 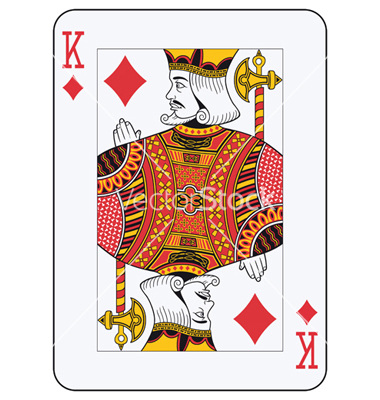 King of Diamonds with his battle axe

And here's the trailer for Cold Deck...