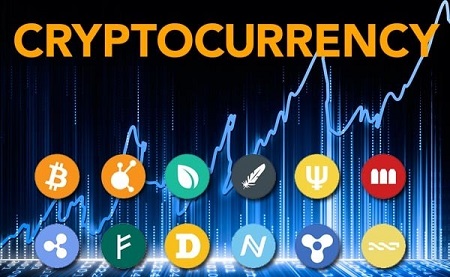 Bitcoin? Litecoin? Ethereum? Ripple? What the heck is everyone talking about? Did I miss the boat with Bitcoin? Which alt-coins will be the next hot crypto currency? Is it really a bubble? If Bitcoin becomes digital gold, will it overtake gold? Do the Winklevoss Twins really have a couple billion dollars worth of Bitcoin? Why is a renown NBA bettor Haralabob talking about CryptoKitties? Should I stop playing poker and breed digital cats instead? Should I sell my car and buy digital cats? Should I take out a second mortgage on my house and buy Bitcoin? Is Satoshi the chef at the hippest new restaurant in Vegas?

These are all amazing questions and I wish I had the time to delve into blogging about cryptocurrencies and launching a YouTube channel dedicated to breeding tips for digital cats. Luckily, we can all benefit from the monstrous content generator Doug Polk. The popular YouTuber and poker pro launched a couple of new projects including a crypto news site CoinCentral.com, and a new YouTube channel devoted to all things crypto.

I suggest taking a peek at CoinCentral, which Doug Polk co-founded. According to their tagline: "CoinCentral is an independent publication covering news and information on cryptocurrencies such as Bitcoin, Ethereum and their underlying blockchain technology."

CoinCentral has become one of my daily reads. If you want to join the crypto movement, I advise you do a significant amount of research before you dive in head first. This is not a get-quick-rich-scheme… although it's been extremely profitable in the short term. With any sort of boom or rush, there's a significant amount to shysters and grifters taking advantage of neophytes and noobs. So, do your homework!

And if you already know about cryptos and have a few Bitcoin, then be prepared to answer questions for friends and family over the holiday season. It took me a while to fully grasp cyrptos and the differences in each one. But sometimes it's difficult to explain somewhat complex things in simple terms to people. Coin Central has a cool Bitcoin 101 guide that's been helpful.

Bitcoin is the big whale, but what about everything else? According to Doug Polk's video, the Top 5 cryptos are Ripple, Iota, Bitcoin Cash, Ethereum, and Bitcoin.

In a video titled the Top 5 Crypto Currencies, Polk had some great things to say about the lesser-known cyrtos. "Don't jump into something because you want to get rich quick," suggested Polk.

And on some of the new kids on the block, Polk suggested, "Don't go all-in on some shitty ICO!"

Check out one of the first videos on Doug Polk's new YouTube channel Doug Polk Crypto...

Privacy and decentralization are a few things that I find attractive about cryptos. Thanks to P2P transactions, Bitcoin offers privacy in a world in which privacy has become increasingly impossible. Bitcoin is decentralized, which means it's not control by a country or banking cartel. You can skirt inflation when you're not tethered to a nation's currency, which is extremely important in these volatile times.

The founder of the open-source Bitcoin software is an anonymous programmer 'named' Satoshi Nakamoto. With only 21 million Bitcoins in circulation, the demand for them are at all all-time high... hence the skyrocketing prices and interest in the cryptocurrency.

As Doug Polk explained, "Satoshi viewed Bitcoin as the U.S. dollar but not controlled by anyone, he said it's more like digital gold."

Check out another one of Polk's videos from his newly-launched YouTube channel. Polk dished on the Bitcoin Platinum scandal and Bank of America acquiring a patent for blockchain technology. Could BoA jumped into cryptos in the future?

Polk also discussed how the one of the Winklevoss twins speculated that Bitcoin could reach $120,000. The Winklevoss twins sued Mark Zuckerberg claiming Facebook was originally their idea. The twins used settlement money and became one of the early investors in Bitcoin. They supposedly own 100K, possibly more. They dubbed Bitcoin as "Gold 2.0."

DISCLAIMER: The author is not a financial advisor, nor a legal expert. The author is vested in both Bitcoin and Ethereum, and a digital kitty breeding farm named DigiCatlandia. His favorite movie is Goodfellas.