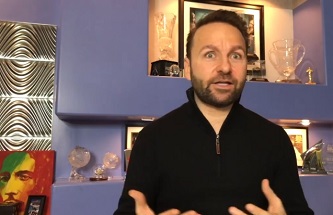 How about weekly poker tips from Kid Poker? And it's free! Daniel Negreanu recently announced that he was re-establishing himself as a video star by relaunching his YouTube channel. He intends to post video content every Monday and Thursday in addition to other video blogs (a.k.a. vlogs). Negreanu explained that Mondays will be devoted to a poker tip, while Thursday will be devoted to hand deconstruction and discussion. In addition to the Monday/Thursday scheduled programming, Negreanu will also post random vlogs at random times. The first batch of vids are around 5 minutes in length. Subscribe to his vids here.

Daniel Negreanu is one of the most gregarious players in the game. The nonstop-talking Canadian has never been shy to share his thoughts on almost anything. If you follow him on Twitter, then you're well aware of Negreanu's willingness to engage in various topics both on the felt and off the felt. During the blogging boom in the early and mid 2000s, Negreanu was one of the first pros to author a blog via his own personal website Full Contact Poker.

Over the last decade, the social media landscape changed and the poker world found ways to adapt to the latest technology. Negreanu was one of the first poker pros to post videos (a.k.a. vlogs). However, Danny Boy has been overtaken by a younger generation of tech-savvy pros. We're now ensconced in another new era of poker, where social media standouts have become the newest stars in poker. We're smack in the middle of the Twitch boom, where live-streaming programs (e.g. The Joe Ingram podcast) have become the newest rage.

Not to be outdone, Daniel Negreanu is hopping back on the video blogging train. With the re-boot of his YouTube channel, Negreau is hoping to boost his persona on one of the biggest platforms in the world.

Watch Negreanu's tips video this week, which focuses on early stages in a tournament…..

Last August after the 2016 WSOP ended, Daniel Negreanu introduced The Full Contact Poker Podcast. Since the launch, he posted ten episodes (roughly 2 a month). In his latest episode, Negreanu sat down with Nick Shulman for an in depth discussion. Definitely a good episode, because Schulman likes to keep to himself and he's is definitely not one of those high stakes pros who is constantly in the media spotlight. Schulman delves into his origin story in NYC and his later struggles with depression.