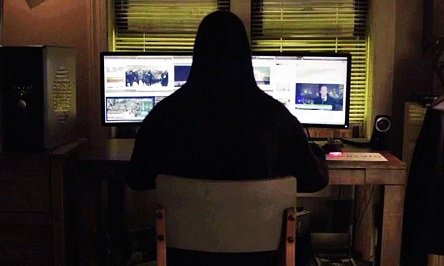 Hackers were hard at work this summer trying to create mayhem, generate storylines for Mr. Robot, intervene in elections, and bring the poker world to a crashing halt. Between August 12 and August 14, cash games (a.k.a. real money games) on PokerStars were affected by DDoS attacks. The first batch of attacks occurred on Sunday, which is one of the biggest days for online poker. The attacks happened on the European server and players in cash games experienced a wide range of problems including connectivity issues. When the Sunday Million went down, PokerStars quickly pulled the plug on all tournaments and canceled all of them. Players were credited their initial buy-ins (standard procedure for cancelled tournaments, but social media and forums blew up with confused and irate poker players... especially players were "blinded out" due to connectivity issues.

PokerStars responded to the screw up in refunds on August 15th with a tweet: "Those affected by Sunday's technical issues have now received funds in their accounts based on their equity at the time of disconnection. To view this under History&Stats go: Desktop>Tools>History&Stats>Playing History Audit Please direct any questions to support@pokerstars.com."

The attacks continued for two more days after the initial incident on Sunday. The "second wave" occurred on Monday. And PokerStars cancelled tournaments once again. According to Twitter, "Apologies to all our players for the recent issues on PokerStars. The players affected by this morning's issues have already been credited & we aim to refund players affected by yesterday's problems, with their equity at the time of disconnection, within 72 hours."

The attacks continued on after the initial incident on Sunday and second wave of Monday. At that point everyone who had a pulse suspected the obvious: hacker attacks. On August 15, 2018, PokerStars confirmed it via a tweet, "We recently experienced a series of DDoS attacks causing site outages & cancelled tournaments. We apologise to affected customers & ask for patience as we issue refunds, resolve technical issues & work with law enforcement. Rest assured accounts are secure & player funds are safe."

PokerStars was not the only online site attacked. America's Cardroom and partypoker also suffered from DDoS attacks. Hackers targeted the top two online sites for either a 1) challenge, or 2) ransom. If you're a hacker, you're only going to pull off an attack like that to see if you can do it... or they are motivated by profit. After all, online gambling ventures are a virtual way to print money. Who knows what really happens behind the scenes when hackers are attempting to shakedown big-time gaming sites. I have to assume that's why security teams hire hackers to thwart hackers. In the past major corporations have actually hired the persons behind an attack, because it is in their best interest to have talented computer whizzes on your payroll to assist in the next big attack.

PokerStars is trying to make up for the attacks with $500,000 in freerolls starting today August 22 and running through August 26. There will be daily $100K freerolls, with additional €20K freeroll on PokerStars Europe and €10K on PokerStars Italy. Players involved in cash game incidents were awarded tickets to 3 freerolls. So they had 3 chances out of 5 to participate. Other prizes for the freerolls included tickets to the 2018 WCOOP and Galactic Series.