FUN
Doug Polk: Truth on how your country plays poker?
by Pauly McGuire 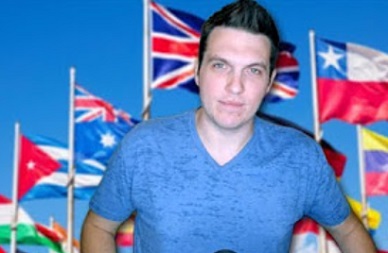 Doug Polk posted a comedic video in which he breaks down the playing styles of different countries. Polk revealed the truth about how your country plays poker. Polk had some of his harshest/funniest words for American nits like the old guy sipping coffee and reading the newspaper while waiting to flop a set. He also dished on Canada, the Stans, Belarus, India, China, Australia, Korea, U.K., Finland, Denmark, Sweden, France, and Italy.

Polk said all of these observations are "personal, generalized reads." Polk made sure everyone didn't get offended because, "Almost everyone sucks at poker, so your country probably does too!"

In general, Polk determined that good weather hindered poker growth. If your country had awesome weather, then you were less likely to stay indoors all the time and play poker. That's why the Scandis are above the curve when it comes to poker... players honed their skills during those dark and bleak Scandinavian winters that lasted all year.

"Any country where it's nice to go to the beach all year round... is not good at poker!" explained Polk.

Polk might have figured out the Germans, who have been dominating the game over the last couple of years. Heck, Fedor Holz won so much money that he retired at age 23.

The Germans cracked the code. A handful of pros from Germany have been crushing the game, especially the high roller scene. Polk explained... "The Germans, you have to give them credit where credit is due. They are in the tournament and you are in a tournament, we both know why they are there."