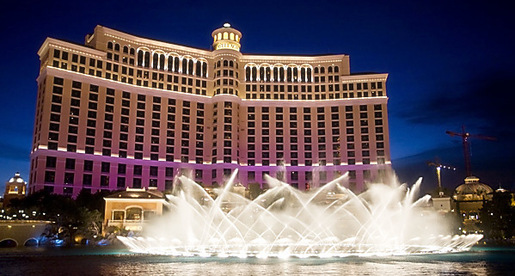 WPT Five Diamond World Classic winding down at the Bellagio, the unofficial official home of the World Poker Tour

The WPT Five Diamond World Classic, hosted at the Bellagio Casino in Las Vegas, is one of the most prestigious events on the poker schedule .

This year's WPT Five Diamond World Classic drew in a field of 639 players and created a prize pool worth almost $6.4 million. The payouts are slanted toward the top, which means first place will walk away with approximately $1.6 million, while second place falls short of a cool million with a $927K payout. The winner of the WPT Fine Diamond will also get a free seat in the Tournament of Champions next spring. That seat is valued at $15,400.

Action resumes on Friday for Day 5 at noon Vegas time (12:00 PT) and they will play down to the final table of six. The WPT Five Diamon final table is scheduled for Saturday. For live updates, follow the WPT reporting crew.

PokerStars and Red Bull are two massive global brands that will work together on a multi-year partnership with the Red Bull Racing team. Get ready to see the red spade among the advertisements on Red Bull Racing cards in the 2022 Formula One season. It's a win-win union for fast-growing spectator sport and high-paced Formula One circuit.

The 2022 PGT Stairway to Millions at the Aria Casino concluded in a fun high roller gathering with escalating entry fees during the eight-even series. Event #8 $100K NL attracted 19 players. American pro Nick Petrangelo was the last player standing and he survived a final three that included David Peters and Sean Perry to win $1.026 million. He won back-to-back events including Event #7 $50K and rocketed to the top of the 2022 PokerGo Tour Leaderboard.

The first PokerGo Tour events of 2022 at the Aria Casino in Las Vegas are underway with their new series called Stairway to Millions. American pro Chance Kornuth won back-to-back events over the weekend. Stairway to Millions Event #2 $2,150 NL attracted 129 runners and Kornuth outlasted everyone to win $51,600. Kornuth continued his run good with another victory in Event #3 $4,200 NL. He was the last player standing out of 84 runners and banked $80,640.