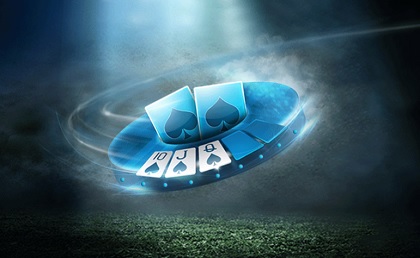 The evolution of online poker continues. Whether you like it or not, different forms of poker have flourished thanks to the internet. And now different tweaks in online poker are here. Whether its gamified poker with special power cards like Hold'em X, or the latest nuance called Flopomania, programmers will take chance trying to evolve poker. Will any of them actually stick? That's the billion dollar question.

Here's how 888poker described it:

Tired of folding before the flop? Bored of waiting for the game to really get going? Then check out FLOPOMANIA! This fast paced and fun new game with no pre-flop betting round allows all players to see the flop every hand! Players can see the flop every single hand. After placing the ante, the hole cards are dealt and the flop is opened immediately. No waiting – simply dive straight into the action!

Flopomania gives you a fresh twist to the traditional version of Texas Hold'em poker. The key difference in Flopomania is that the flop is open from the very start and there's no need to place a bet before you see the flop. The game gets going straight away – perfect if you're looking for some fun, fast poker action!

Oh and there's also a version called Push or Flop Flopomania. It's pretty simple concept. Can you say ACTION?

To commemorate the launch of Flopomanis, 888poker has a a special Flopomania Celebration Promotion between August 20th and September 9th. You could win a share of $500,000.

Also, all you have to do is play 50 hands of Flopomania to qualify for an Action Scratchcard, where you could win up to $100,000 instantly. You can compete in this Scratchcard up to three times a day.

Give Flopomania a shot for 50 hands and have a shot at cash. It's that simple. See for yourself if this is kitschy, cool, or gonna revolutionize poker forever.