Renown gambler Archie Karas sat down for a candid interview with Soft White Underbelly. Karas is known on both poker and gambling circles for a notorious run in which he started with $50 and ran it up to the millions during the greatest winning streak in Las Vegas gambing history. Some say $20 million. Or $30 million. Or $40 million. Even Karas doesn't know the official amount because in the end, he went broke and busto. But for a moment in time, no one on the planet was a bigger gambler and high roller than Archie Karas back in the 1970s and 80s. 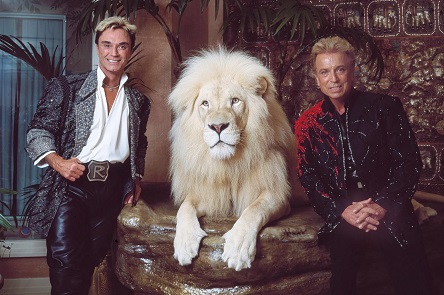 The Aria Casino in Las Vegas will host the first 200 hands of the Daniel Negreanu vs Doug Polk high-stakes challenge that will consist of 25,000 hands of $200/$400 NL. The initial first 200 hands of this event will be captured live on PokerGo and available for free for all poker fans on November 4 at 5pm PT. After that, the two jousting pros will head to WSOP.com to finish off their 25K bout. KidPoker is the underdog at 4/1 odds.

Election Day is officially on the first Tuesday in November in America, but many citizens are started early voting due to the pandemic and chaos involving the US Postal service. Oddsmakers universally have Joe Biden as the consensus favorite to win the 2020 US Presidential election, but Donald Trump was an underdog in 2016 and surprised everyone with a victory. Can the incumbent do it again, or have the citizens finally had enough of the clown show in DC?

In the Degen News of the Day, poker pro Mike Matusow wagered $10,000 that Daniel Negreanu will win the upcoming high-stakes heads-up challenge against Doug Polk. The Mouth said the $10K prop bet on Kid Poker is worth half his overall poker bankroll. Matusow also revealed he wagered $5,000 on Donald Trump to win the 2020 election.

Sam Grizzle passes away, once beat up Phil Hellmuth

The poker world said goodbye to one of its last grizzled characters when Sam Grizzle passed away after a massive stroke this weekend. Grizzle, most known as Phil Hellmuth's nemesis, was one of those characters that flirted the line between pro and angle shooter. Grizzle won $1.3 million in tournaments, but won unknown amounts as a cash game player in Nevada.

It's time for the nitty gritty as Doug Polk and Daniel Negreanu iron out the last few details of their long-awaited heads-up match. The two were hashing it out and smack talking via Twitter for the entire (poker) world to see. Doug Polk, a heads-up NL specialist is coming out of retirement to play Kid Poker, is a favorite over Negreanu. The match is set for November 1 and will be broadcast on PokerGO.

Phil Galfond complimented Phil Hellmuth and his heads-up game and all hell broke loose. Galfond, arguably one of the greatest PLO cash game players and heads-up gurus, shared a quick assessment of Hellmuth's heads-up skills against Antonio Esfandiari in the High Stakes Duel. High-stakes regs were quick to share the prevailing sentiment that Hellmuth is not that good and that even if he was, the Poker Brat" table image and antics diminishes any true achievement at the tables.

Two months after the initial confirmation that Doug Polk and Daniel Negreanu would engage in a heads-up grudge match, the two finally picked a start date for their challenge lasting 25,000 hands. Negreanu and Polk will begin jousting on November 1 by two-tabling $200/$400 NL. The final details are still yet to get worked out, but at least their fans have almost a month to get fired up on the craziest heads-up battle of 2020.

If you have $420,000 or so, you can purchase a home in Las Vegas owned by Phil Hellmuth. Yes, the Poker Brat's humble abode is up for sale. The 15-time WSOP bracelet winner confirmed his home, located in the Las Vegas County Club gated community, is available for sale. You can own a piece of Hellmuthian poker history along with 3 bedrooms, a pool, 2-car garage, and the infamous shirtless balcony.