Global Poker League expands to China in 2017
by Pauly McGuire 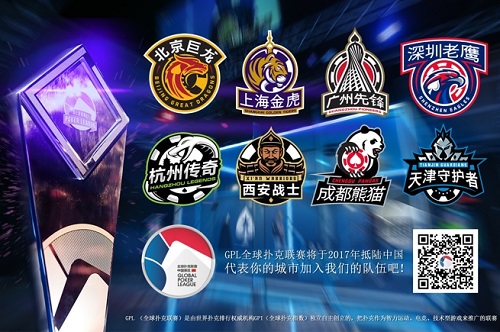 The GPL stumbled across the finish line of their inaugural season, but at least they finished. The Montreal Nationals defeated the Berlin Bears to win the first-ever GPL championship. The Nationals finished the regular season as the best overall team in the GPL, and they continued their winning ways in the playoffs. With the first season of the GPL in the books, it was time for the GPL to focus on its next phase of world domination: China.

Yes, it's true. We got word that the Global Poker League is expanding to China. Yes, China. Alex Dreyfus, the mastermind behind the GPL, announced that the GPL China would become a reality in 2017. He recently moved the GPL headquarters from Malta to Las Vegas. And he announced that a launch of GPL China that will include eight franchises based out of major cities: Beijing, Shanghai, Guangzhou, Shenzhen, Hangzhou, Xi'an, Chengdu, and Tianjin.

Xi Jinping, the President of China, is vehemently against gambling. Macau is so popular and lucrative because it's the only legal option Chinese citizens have to gamble. As much as the Chinese government is frowns upon gambling, they are huge proponents of mind games and eSports. The GPL's attempt to sportify poker is coming along at the right time. Chinese pop culture and politics don't often go hand-in-hand, but a team poker concept is coming along at a time in which eSports is booming and thriving in China and all over Asia.

Watch the GPL championship between the Montreal Nationals and the Berlin Bears. The match begins around the 59-minute mark...