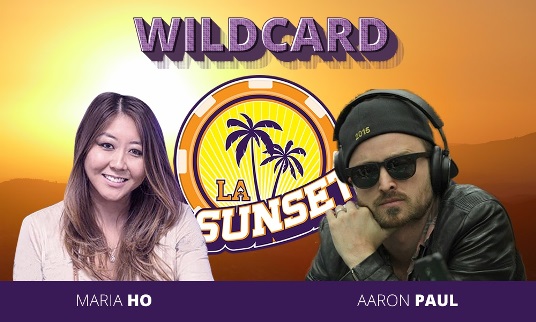 The Global Poker League made headlines last week with its official launch after an opening week of matches. This week the GPL is back in the headlines after the announcement of its first celebrity poker player to join the ranks of the GPL. Emmy award winning actor, Aaron Paul, was selected as a wild card pick for the L.A. Sunset. Team Manager Maria Ho knew a mutual friend of Paul, which helped get the ball rolling. Paul is most known for his breakout role in Breaking Bad as Jesse Pinkman, a former high school dropout turned meth cook. Currently, Paul is the lead star in a new series about a cult called The Path.

“I love poker as a game and mindsport so I'm excited to be part of this new eSports League,” said Aaron Paul in a post on GPL's blog. “Representing the L.A. Sunset together with some of the best players in the world should be a blast.”

We've had a lot of opportunities to include celebrities that happen to also be talented players, but in my experience Aaron Paul is one of the most committed to the sport of poker right now. He wants to learn and beat the best. He's an amazing addition to the LA Sunset and I'm hoping he'll end up being a pivotal part of our team being a winning hand.

Maria Ho explained, “I am beyond thrilled that we were able to get Aaron Paul as the Wild Card for the L.A. Sunset. He is not only going to bring his love for the game of poker to the league but also be incredibly entertaining to watch. Don't underestimate his poker ability though! He's got skills!”