Cards suits were born in France 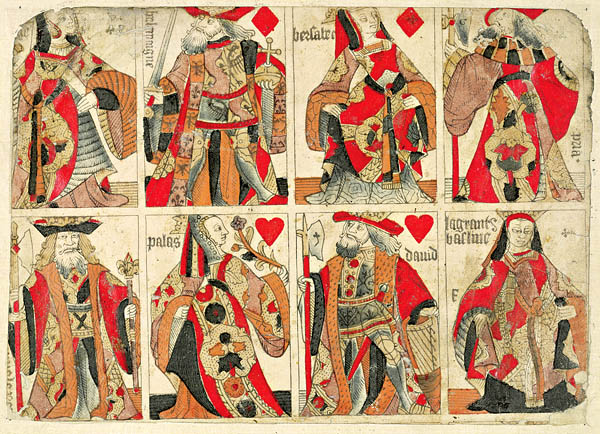 French cards from the 18th century

The original card suits were based on classes and can be traced back to France around 1480. Suits included: spades (royalty), clubs (peasants), hearts (clergy), and diamonds (merchants). In some European countries, some decks contained a fifth suit called Greens or Leaves. Just before WWII, an American card manufacturing company, specializing in Bridge, introduced a patriotic-themed fifth suit called the Eagle.

The modern 52-card deck has been established for over 150 years. The U.S. Playing Card Company (USPC) was formed in 1867 and has become one of the largest playing card and poker chip manufacturers in the world. They created a universal deck for multiple games, not just poker or gin rummy.

USPC's current brands are among the most popular in the world including Bicycle, Bee, KEM, Tally-Ho and Aviator. American casinos predominately use Bee decks in the gaming pits. KEM cards are popular in poker rooms, especially at the World Series of Poker in Las Vegas. Bicycle decks are hugely popular with magicians.

The first decks used for poker consisted of 20 cards before expanding to 52. Poker is a variation of European games like Poque and Brag (cf. the History of Poker). The French game of Poque was a derivative of As Nas and Primero. As Nas decks consisted of only 20 cards.

During the French Revolution, the Ace went from being the lowest card to becoming the highest card, as the peasants successfully pulled off an uprising and trumped the royalty.

In Europe, the first widespread manufacturing of playing cards were created using woodcuts on paper. When then Germans mastered printmaking in the 1400s, the first printed decks were thrust into production. 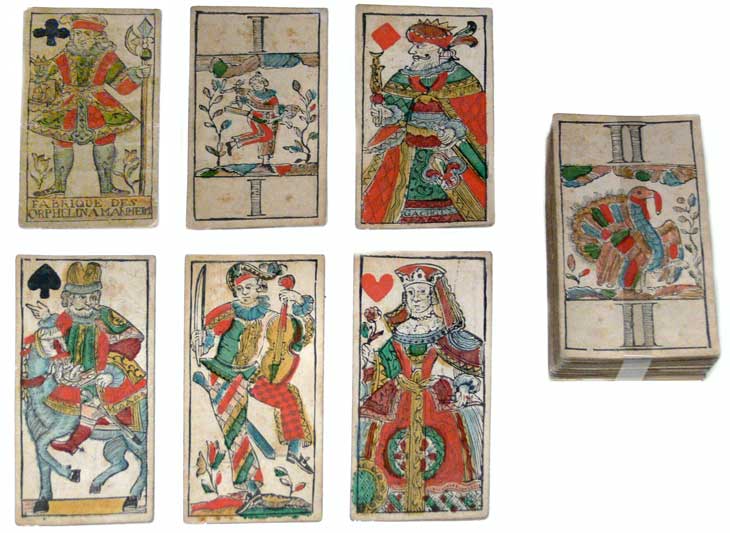 Europeans learned about Tarot cards from the Egyptians. Tarot decks consisted of 78 cards and had suits similar to Swords, Slaves, Cups, and Coins. The first Tarot decks in Europe can back to northern Italy as far as the mid-15th Century. The earliest decks were influenced by Mamluk decks found in Egypt.

Modern Tarot cards evolved in 56-card decks with 14 cards comprising of four suits. Tarot was originally a card game that branched off into mysticism and magic. Depending on the usage, Tarot decks were divided into occult-decks and non-occult decks. Occult fanatics used Tarot cards to tell the future.

The Joker card was based on the fool in French tarot decks. American decks introduced the Joker for wild card games and Euchre, which was popular in the American colonies before/during the Revolutionary War.

Many card games require reduced decks and utilize rules in which you must remove certain ranked cards. Some games have their own unique deck. For example, a piquet deck from France removed all of the 2s through 6s to make a 32-card deck. Pinochle is a popular game that requires the use of two decks. They remove every card from the 2s through 8s and keep the 9s through Aces. 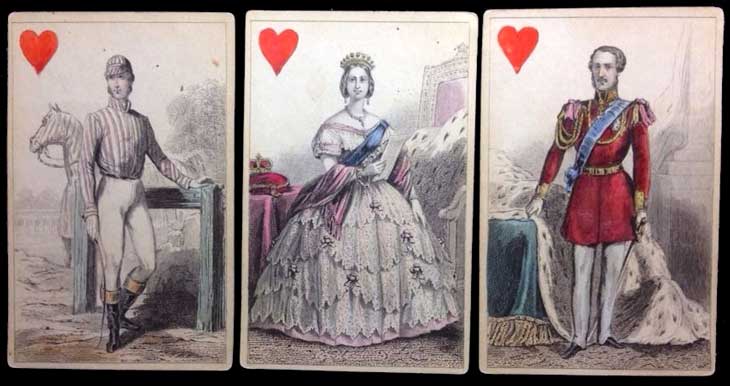 Modern decks have special symbols for the royal cards. Only three cards feature a profile perspective including the Jack of Hearts, the Jack of Spades, and the King of Diamonds. Those Jacks are commonly known as “One-eyed Jacks” because of their side-profile. The King of Diamonds also has a side-profile and it is the only king holding an axe, while the other three Kings hold a sword.

Jacks were originally known as “Knaves.” Because King and Knave both started with the let “K”, the slang term “Jack” was commonly used and eventually Knave was phased out. 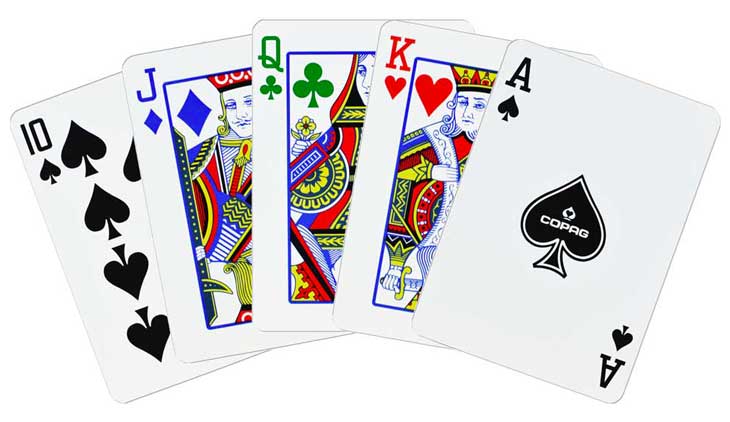 Mike Caro, American poker pro and author, was the first person to introduce four-colored decks to a brick-and-mortar room. Four-color decks never really caught on in a live setting. However, four-color decks were highly popular among internet poker players, who had difficulty telling the difference in the same-colored pips (spades/clubs and hearts/diamonds). Online poker players tend to play multiple tables and have to make quicker decisions (due to shorter time allotment to make a decision), so the four-color decks allowed for quicker recognition and helped minimize suit mistakes over the long run.