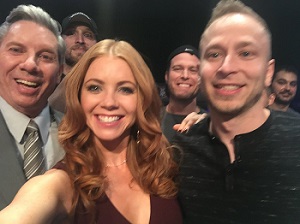 The inaugural Five Diamond Classic at the Bellagio is the last big tournament of the year. It also doubles as a stop on the World Poker Tour. The 2016 WPT Five Diamond Classic made history for being the largest-ever WPT event in the post-Black Friday universe. The $10,400 buy-in event attracted a record-tying crowd of 791 runners. This year's contest was a re-entry event, which is the primary reason this event's pool was jacked up to over $7.6 million.

James Romero from Portland, Oregon knocked out four of the five of his final table opponents en route to victory. Romero took home $1.9 million for six days of work. Not too shabby, eh? Even second-place got a hefty chunk of the prize pool. Runner-up Ryan Tosoc earned $1.1 million for second place.

Just missing the final six were Taylor Paur (8th place) and Chris Klodnicki who bubbled off the final table in seventh place. Former NFL player and three-time Super Bowl Champion, Richard Seymour, went deep in this event, but he missed the final table when he busted in 18th place. Seymour is no slouch at the tables and he has now cashed in five WPT events. Blast from the past JC Tran finished in tenth place. Dan Smith went deep, but he went out in 20th overall.

The final table lasted 59 hands before we saw the first elimination. The flood gates opened once Igor Yaroshevskyy went out in sixth place. Two more players busted within the next orbit. Justin Bonomo was picked off in fifth place and Alex Condon went out shortly after in fourth place. Three-handed lasted another 60 or so hands before Jake Schindler lost a flip and missed a chance to double up.

Romero had a comfortable lead when heads-up began, but needed a mere 16 hands to knock out Ryan Tosoc. Romero happily shipped $1.9 million, while Tosoc walked away with $1.1 million. For hand-for-hand updates, check out the WPT live blog.

Romero, a poker pro from Portland, Oregon, is the newest WPT champion. In addition to nearly $2 million in cash, Romero also won a seat in the end-of-the-season Tournament of Champions (worth a $15K value).