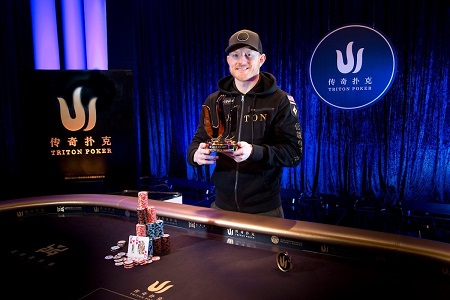 Ship it to Koon. Once again, Jason Koon comes out on top. This was another one of those Stuey Ungar events when everyone was playing for second place in Jeju. Koon was going to take down the latest Short Deck event in Jeju no matter who stood in his way. Koon had previously final tabled Event #3 6-Max.

The 2019 Triton Super High Roller Series continued with the 1 million HKD buy-in Short Deck event. This one attracted 81 total entrants. They fired 44 additional bullets in this one. The total prize pool was 76 million HKD.

Devan Tang won Event #2 for $1.24 million the other day. He found himself at yet another final table, but this time, he could not go the distance. Tang busted in ninth place.

Wai Yong bounced in eighth place, while John Juanda busted in seventh place. JJ could not get any magic going at the final table, but he went somewhat deep once again.

Richard Yong is no stranger to final tables. However, his deep run ended in sixth place. He banked $611K USD for his efforts.

The crafty Koon found himself heads up with Malaysian businessman Paul Puha. The American hit a sweet run of cards and edged out the renown Puha. For a runner-up finish Phua banked 15.9 million HKD or roughly $2 million USD. Not too shabby, eh?

Jason Koon walked away with another Triton title. His first-place payday was worth approximately $2.9 million, or 22.2 million HKD.

Koon is closing in on $27 million in tournament winnings in his career, which is good for ninth overall all-time. The pro from West Virginia has come a long way in a short time. He's also become one of the all-time great tournament players in short deck in a relatively short time.