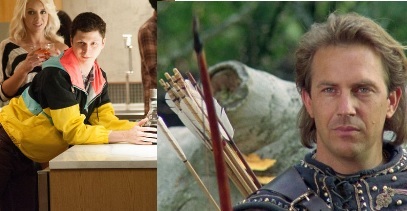 It takes a big star to get a film made in Hollywood. Molly's Game already had a leg up by casting Jessica Chastain as the lead. But according to Deadline.com, it looks like Kevin Costner might join the cast of Molly's Game, which is still in the late stages of pre-production.

Molly's Game, a memoir about the high-stakes world by poker hostess Molly Bloom, was acquired by STX Entertainment. The project got initial funding through Mark Gordon's production company and they are also co-producing Molly's Game with Amy Pascal's company. The poker memoir project was greenlit with Aaron Sorkin attached as a first-time director. Sorkin is most known for his insane skills as a screenwriter and creator of The West Wing. Sorkin's witty and snappy dialogue is a trademark for all of his projects, so expect lots of long takes with characters walking and talking along with rapid-fire patter. But how will Sorkin hold up with his debut film?

Molly's Game added a couple of well-known stars to their cast with Jessica Chastain playing the lead role. The Wire's Idris Elba was cast to play her attorney. Costner is rumored to be cast as Molly's father. Last month, there were rumors that Michael Cera (Arrested Development, Superbad) was being cast to play “Player X”, which is supposedly based on real-life high-stakes cash game player Tobey Maguire.

Aaron Sorkin is set to make his directorial debut with an adaptation of the memoir Molly's Game, which is a tell-all about secret high-stakes games featuring celebrities and other elite one-percenters. Strong rumors rattling around in Hollywood right now that Academy Award winner Kevin Costner will join the cast that already includes Jessica Chastain and Idris Elba. In addition, Michael Cera from Arrested Development fame is also rumored to be interested in a role in Molly's Game as well.

I'm looking forward to seeing this movie, not just because of it being about Molly Bloom and how she organized a massive underground for celebrities and high rollers to play poker games illegally but because I love Kevin Costner. I've read Molly's book, and I will see this movie. Too bad she was prosecuted by the United States Federal Courts for it, but now we get a cool movie to see.

Reply to this topic
Read the comment on the forum
Latest news
Sunday January 19, 2020 at 12:30 am
Online poker
Telex
PokerStars Half Price Sunday Million