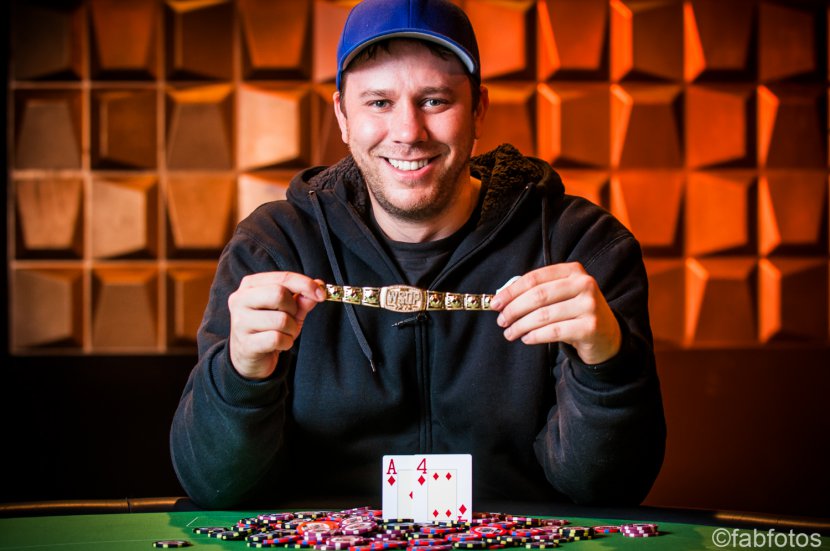 The final table of the WSOPE Main Event concluded today at Spielbank Berlin. Day 5 of the €10,450 buy-in event commenced with six players after Erik Seidel bubbled off the final table in seventh place on Thursday evening.

Going into the final table Kevin MacPhee almost had half the chips in play. Okay, the math wasn't exactly close to that, but it sounds better than saying he had 42.8% of the chips in play. MacPhee sat on a mountain of chips worth 5M and the closest behind him was Andrew 'Lucky Chewy' Lichtenberger with 2.1M. 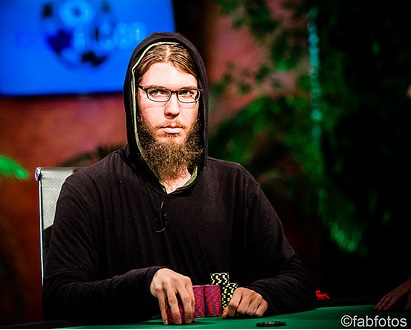 Felix Bleiker, the mysterious man from Switzerland, finished in 6th place. I really don't know if he's truly mysterious. It 's a coy way of saying there's not much intel about him on PocketFives or Hendon Mob. Bleiker was short stacked going into the final table and he did not last very long before David Lopez pick him off in sixth.

Kilian Kramer, the lone German at the final table, finished in fifth place when his A-10 ran into Kevin MacPhee's A-K. Kramer went ultra-deep at the WSOP Main Event, but busted in 18th place (good enough for a $325K score).

Lucky Chewy busted in fourth place when he was ambushed by Kevin MacPhee's pocket Queens. His real name is actually Andrew Lichtenberger. Although he looks like he's spent the last six years selling vegan burritos in the parking lot of Phish concerts, Lucky Chewy has been cashing regularly in WSOP events since 2009. 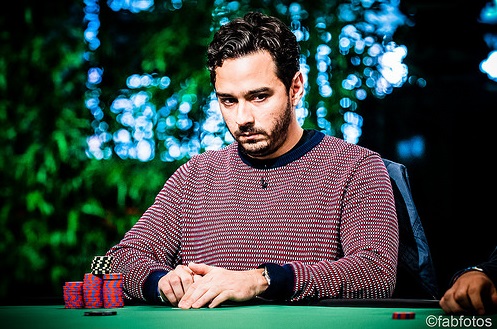 Third place for JC Alavarado, who can now return to training for his big MMA fight against Oliver Busquet (pic by fabfotos)

Mexico's JC Alvarado finished in third place. JC Alvarado was in short-stack ninja mode most of Day 4 before he rallied to make the final table. JC earned a third-place paycheck worth €315,000.

With the WSOPE complete, JC can now focus on his upcoming bout inside the octagon against Oliver Busquet.

Spain's David Lopez found himself heads-up against American Kevin MacPhee. Lopez was attempting to become only the third player from Spain to ever win a bracelet. Meanwhile, MacPhee was seeking bracelet number two (he won his first bracelet earlier this summer in Las Vegas).

MacPhee began the day as the chip leader and he held a 2-1 advantage against David Lopez when it got to heads-up. Lopez didn't go down so easily. MacPhee could not put Lopez away early and the two slugged it out for a couple of hours before Lopez finally went down.

First place paid out €883,000 or roughly $973K according to my handy XE.com currency calculator.