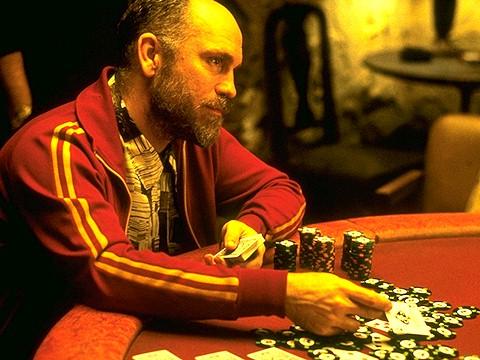 We always knew that Matt Damon was a pretty good actor who could occasionally toss in a wicked Boston accent. But he can also pull off an accent from a well-known fictional Russian gangster. Damon got the poker world in a tizzy over his impeccable imitation of John Malkovich's character from Rounders. Malkovich played an ex-GB agent known as Teddy KGB, who ran one of the many underground poker rooms in NYC. Every hardcore poker player is also a huge fan of Rounders and everyone has either quoted or attempted the thick Russian accent that Malkovich magnificently pulled off throughout the film. As far as villains go, Malkovich's Teddy KGB is certainly one of the most memorable…from the way he pronounced certain words, to his choice of wardrobe, to his affinity for Oreo cookies, or his hysterical mannerisms while mocking Mike McD.

Matt Damon is currently on an international press junket promoting his new film in the Jason Bourne franchise. During an interview with the BBC, the reporter mention to Matt Damon that friends in his home game will often utter a famous line from Rounders... "Pay that man his money."

Damon revealed a story about the first day of working with the legendary John Malkovich. The crew was excited for Malkovich's first day on set, especially the actors. However, Damon was not prepared for the outrageous accent that rolled off Malkovich's tongue during the first take. Although Damon was perplexed the crew was enthralled by Malkovich's spin on the Russian mafia character. Malkovich noticed Damon was taken aback by the accent, Malkovich reassured Damon that "I'm a terrible actor." That broke the ice, and the rest of Malkovich's scenes have become a part of poker lore and cinematic history.