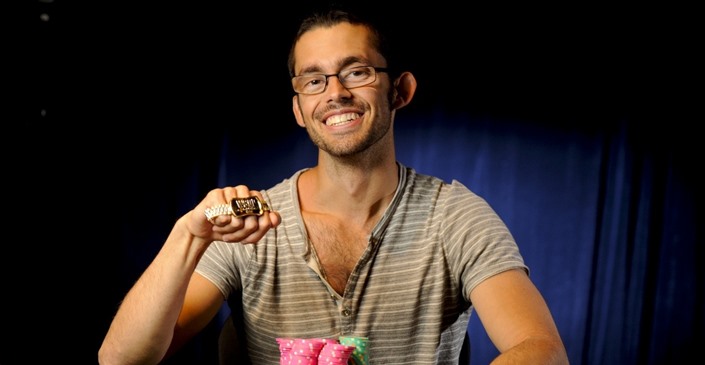 There's no perfect way to determine the WSOP Player of the Year. No matter what system you use, someone in the community will have an issue with it.

The WSOP previously used a method created by Bluff Magazine, but this year's Player of the Year was calculated and powered by the Global Poker Index. The system implemented by the GPI was considered controversial, then again the POY is always controversial.

Going into the WSOP-Europe, Mike Gorodinsky was on top of the leaderboard, but he had a heck of a sweat because Brian Hastings, Shaun Deeb, and Anthony Zinno all had a legit shot at overtaking him in Germany. Although Mike Gorodinsky had a rough time in Berlin with only one cash (42nd place finish), Gorodinsky locked up POY because everyone else behind him on the POY leadboard did not fare well at the WSOPE either. Hastings, Deeb, and Zinno failed to catch Gorodinsky, who finished ahead of WSOPE High Roller champion Jonathan Duhamel and WSOPE Main Event champion Kevin MacPhee.

The entire concept of Player of the Year has been controversial since its inception in 2004. Let's be honest here… POY is only in place as a marketing device, a helpful and useful tool for the WSOP and ESPN to leverage. Every year, the POY system gets tweaked and every year it seems the little guy gets screwed.

Back in May, someone much smarter than me (Jess Welman a.k.a. the Tina Fey of Poker) posted a thought-out yet interesting take on the POY Problems.

You don't have to be a tin-foil hat-wearing denizen of online forums to connect the dots. There's no conspiracy here because it's out in the open… the POY was always designed to favor the top tier of pros both high-rollers and high-profile pros alike.

With all of the nuances of Mega High Roller events, mulit-entry multi-day events, massive-size fields… the future of the POY is only going to get more convoluted. Perhaps it's time to return back to an original system our beloved Founding Fathers initially implemented. At the first-ever WSOP hosted by Benny Binion, the players themselves voted on a “world champion.”

A hybrid POY system could work in theory, in which an unweighted point system is determined to rank the Top 10 and then the players cast the vote themselves on Player of the Year. POY is sort of a popularity contest anyway, so let's just cut to the chase and eliminate any complicated calculations.

In the end, it should not matter if the best player that year is an amateur, semi-pro, or high-stakes regular… but let's truly recognize the individual who had the sickest run at the WSOP. That's what I always thought the spirit of Player of the Year should embody… recognizing the warrior who survived a brutal summer. Living in Las Vegas in the middle of the summer for seven straight weeks is difficult enough, but the person who kicked the most ass and slayed the most donks during that time frame should be recognized for their awesomeness.

Anyway, I'd like to give props to Ismael Bojang who was the only player to make the WSOP POY Top 10 in consecutive years. Bojang finished in 7th in 2014 and his run from 2014-15 was one of the more impressive runs in recent history. Mucho respect.

WSOP PLAYER OF THE YEAR