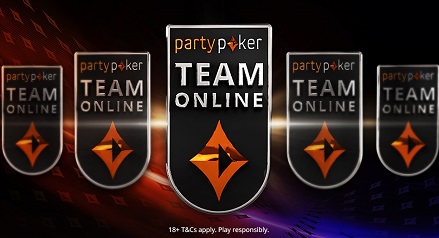 The arms race between partypoker and its competitors got a little more fierce. partypoker created Team Online to specifically dominated the streaming world. These days, al the cool kids watch streams. Doesn't matter if its Ninja playing Fortnite, or random poker pros grinding tournaments. Everyone loves to watch other people do stuff, especially if they are better than you. Watching Twitch streams is a valuable team tool for new players. It's also a sick marketing devise. I mean, if you have dedicated players all over the world streaming their partypoker sessions, there will be a nonstop presence of partypoker on Twitch.

Streamers are the new rockstars. The best of the best are among the most savvy and slick content creators in the realm. It's one thing to post a lot of YouTube videos or hit record on your laptop and yap along while busting donks. It's a whole other thing to be funny, engaging, exciting, and interesting... all the time. Very few people have those skills who can create content on the fly, while playing poker at a high level. partypoker found a bunch and invited them to join their newly-created Team Online.

According to partypoker managing director Tom Waters, "We have been a bit behind the curve when it comes to streaming, but we are hoping to make up for lost time by compiling an elite team that will be able to stream entertaining and engaging content 24/7."

The current squad is like an all-star team or like the beginning of X-Men or something as the team comes together slowly to form a united front. The nine members of Team Online include Matt Staples, Hristivoje "ALLinPav" Pavlovic, Travis "dramaticdegen" Darroch, Patrick "XxXMLGPROXxX" Tardif , Alan "hotted89" Widmann, Ryan "RSchoonbaert" Schoonbaert, Courtney "courtiebee" Gee, Steven "DWstevie" Kok, and their newest member, Monika "HeyMonia" Zukowicz.

Matt Staples was the first player to get tapped. The 22-year old from Alberta, Canada, first made a name for himself doing a weight gain/loss bet with his brother. Matt had to gain a bunch of weight, while he brother had to drop a significant amount. The nailed the weigh in and shipped a prop bet from Bill Perkins.

Matt comes with 52K Twitch followers. Yeah, he has enough of a fanbase to fill Madison Square Garden twice over.

"Becoming a sponsored pro is something I've aspired to for a while now," said Matt Staples. "I couldn't be happier about the partnership. There's nothing I like more than streaming tournaments on Twitch and I'm pumped to have the opportunity to showcase and help grow partypoker and their Twitch community."

Poland's Monika "HeyMonia" Zukowicz is the newest member. She caught the poker bug when she was a pharmaceutical student. She started streaming and caught the attention of the powers that be.

Bill Perkins and his Thirst Lounge is also involved. It's about the living life to the fullest on the virtual felt and the real world.

According to partypoker's PR team, "The creation of the team forms part of a wider company strategy earmarked for the following weeks and months with the focus on streaming quality, engaging content across partypoker's main Twitch channel. Just recently, the site announced a partnership with 'The Thirst Lounge', a Twitch streaming channel launched in 2016 by high stakes player, Bill Perkins that encourages viewers to 'live their best life.'"

This news of partypoker's Team Online comes on the heels that several of the top streamers from PokerStars recently departed ways with the red spade. Jamie Staples was the biggest name to walk away, which came to sort of a surprise considering he was synonymous with streaming. Although he hasn't joined the ranks of partypoker, his brother is already in the fold. Although, on his first day away from Stars, Jamie was streaming partypoker cash games on his Twitch channel.