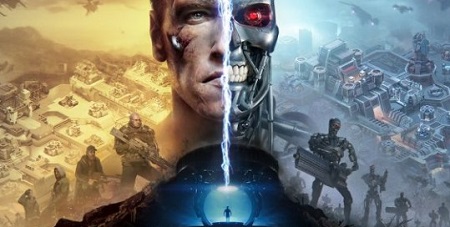 Ever think you're losing the war against the machines? Do you really want to listen to Captain Beefheart next? How the heck did the Spotify bots figure out that weird selection? What is in my current virtual record collection that would let some piece of AI think it knows me that well to suggest I'd want to hear me some Captain Beefheart? Then again, the online poker bots are much sharper and don't really have to predict tastes as much as play optimal poker while trying to disguise itself as human. OMG, did some superdork really teach its AI how to donk bet a flop? How about four-bet shove with nada?

All kidding aside, the folks in the security department at partypoker (aka Poker Fraud Team) should all get a raise and a paid holiday to Vegas. Security is a vital element to every single one of our digital transactions, which is why we a special layer of security when we play online poker because it provides us with ubiquitous comfort knowing about a heavy layer of security operating in the shadows to take down the bad guys. This is something that we really do not want to talk about, whether its online poker or random hackers jacking your credit card numbers.

It's sort of like that scene in "A Few Good Men" where Colonel Jesup screams, "You need me on that wall!"

Well, kudos to the security unit at partypoker for standing firm on the wall! Their diligent work this summer brought down another wave of bots.

While most of y'all were basking in the warm sun during your summer holiday or trying to count the days you're kids go back to school, the Poker Fraud staff at partypoker were hard at work in an ongoing war against the bots.

We're in the earliest days, but most critical moment, in the ultimate war of humans vs. the machines. The end scenario is something out of the Matrix or Terminator franchise movies when the machines create more machines, but only keep some humans alive to help do their dirty work. Otherwise, we're just a cancer to all living (and digital things) and completely useless to the futuristic dystopia when AI runs the planet and humans become pests like rodents or gnats.

In an effort to keep bots out of the online poker ecosystem, partypoker went on another major raid in July. The elite crack crew at partypoker Poker Fraud eliminated 121 known bots last month. According to partypoker blog, they seized and confiscated $76,267 and €88,351 from bot accounts.

Apparently, 89 fugazzi accounts were operating on the normal dot.com site while 32 bots were playing on dot.eu.

By the way if you see something suspicious at the tables, contact reports@partypoker.com.

Earlier this year, partypoker revealed a huge sting operation that began in December 2018 and lasted through the first three months of 2019. During that four-month period, partypoker's special Poker Fraud team and security squad shut down 277 accounts and confiscated almost three-quarters of a million. Holy cowballs, Batman!!

According to partypoker blog from several months ago, "partypoker can disclose it has closed 277 'bot' accounts between 1 December 2018 and 31 March 2019 and redistributed $734,852.15 in associated funds, as it continues to address issues of fairness and strives to make the poker site a safer place to play."

They initially said that 75% of the bots shut down in their first quarter raid were due from the hard work from their special Poker Fraud Team.

According to partypoker's Patrick Leonard, "Two years ago it wouldn't have been possible, but after seeing the security department first hand, the team working there and the tools they are using, I'm very confident now that they can tackle people trying to play against the rules. In my opinion it isn't worth somebody trying to bend the rules because, in the words of Liam Neeson: 'They will find you, they will catch you and they will... ban you!'"

OMG, Leonard dropped a Liam Neeson quote. The ongoing war continues. Now if the US of A can only hire partypoker Fraud Team to monitor its elections, we might finally get some real results after two decades or more of shenanigans.

Brazilian Series of Poker (BSOP) returns to PokerStars on July 7