HOT !
Paul Nguyen is chip leader on final day of WSOP Circuit at the Bicycle Casino
by Pauly McGuire 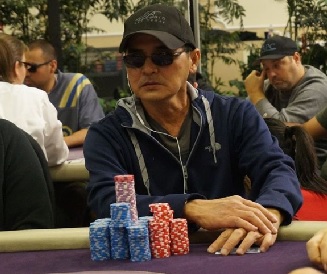 The WSOP Circuit is finishing off its final event of the year in the Los Angeles area. The Bicycle Casino is the latest stop on the WSOP Circuit. This year's event had a modest buy-in of $1,675, but it attracted 842 entries and a prize pool in excess of $1.2 million. We're down to the final 16 players and Paul Nguyen is sitting atop the big stack with 2.2M. The Unabomber Phil Laak went deep on Day 3, but he busted late in the night and finished in 18th place.

With 16 players left, Paul Nguyen is the chip leader with 2.2M. Rounding out the Top 5 in chips are... Harry Arutyunyan, Mark Hamilton, Ankush Mandavia, and Alex Massman. Also lurking in the top 10 are Tuan Le, Mike Shin, and David Mendelson. And everyone's favorite local, Eddy Sabat, is still alive with one of shorty stacks.

Action resumes at 1pm PT. Follow the WSOP website for live updates of Day 4 and the eventual final table. They are playing down to a winner tonight, no matter what.