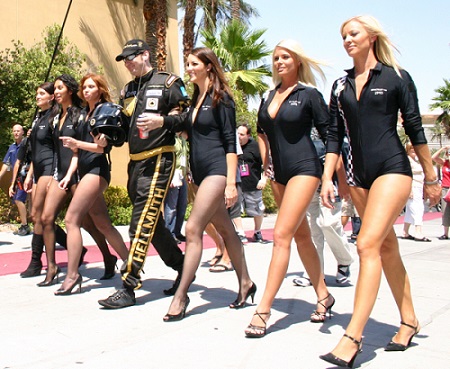 Hemingway. Faulker. Salinger. Hellmuth. You can add Poker Hall of Famer and 14-time WSOP bracelet winner Phil Hellmuth to the list of great American authors. Hellmuth's latest creation, an autobiography tentatively titled “The Poker Brat,” is slated for publication in early 2017. This bulk of this manuscript was written several years ago when Hellmuth had a contract with Harper Collins to publish his autobiography. That cushy book deal fell apart shortly after Black Friday in April 2011. after the online poker industry imploded in the United States. Since then, Hellmuth's pet project had been stuck in limbo until a new publisher stepped in. D&B Publishing will publish Hellmuth's autobiography, which is slated to be in stores in February 2017.

In an interview with Marty Derbyshire, Hellmuth explained that his book reveals the origin story about a high school outcast who struggled with serious self-esteem issues. Hellmuth was an awkward, lanky, freakishly tall and non-athletic son of a Wisconsin college professor. Hellmuth grew up in a part of the country that was crazy for football and ice hockey, yet he lacked the coordination for someone of his height. To compound matters, Hellmuth was riddled with various cosmetic issues like warts and horrendous acne.

“I really struggled in high school,” Hellmuth told Derbyshire. “I felt like a big-time high school loser. I struggled with my social life, grades, everything. I was way too immature. I had warts on both hands, the outside of my hands, and it felt almost like an affliction. After two years they magically disappeared and then the acne came. When the warts went away, the zits came. I really struggled socially in high school. When you have these kinds of things, you don't feel good about yourself.”

This book is about how I made the transition from a high school loser with low self esteem to a world champion of poker at 24. It's about the development of the Poker Brat, how I came from struggling so much with ego to finding great success.

Hellmuth penned a best seller that hit the marketplace at the height of the poker boom. In 2004, he published “Play Poker Like the Pros.” It was quickly dismissed by advanced players and pros, but it had a lot of basic information for beginners and amateurs. Hellmuth assigned animal names to describe some of the archetypes you'd find at the poker table including a Jackal, Elephant, Mouse, and Lion.

Hellmuth hinted that he's in the process of working on a series of books. He is currently writing a manuscript that will be a motivational book where he tells personal stories and dispatches advice on how to “achieve success.” Wow! Can't wait to read that gem. Hellmuth is crushing life, eh? World champion, bullet dodger, and soon-to-be self-help guru!

Watch a video of Hellmuth's grandiose and Julius Caesar-inspired entrance to the 2009 WSOP Main Event at the Rio Casino in Las Vegs.