This post is dedicated to Mary-Ann, the best flight attendant I ever met.

She smiled as she handed me the plane tickets, from Paris to Little Rock, Arkansas. Before hearing these words I wasn't really realizing that I was on holidays. It’s been a while. Anyway, as I’m now sitting in the plane, over the Atlantic, I’m planning the following month. I’ll be attending a bartending school, road tripping in the US, enjoying a traditional thanksgiving and probably be shooting at stuff while eating junk food. Good old ‘Murica.

So for the next few weeks, this is mainly what this blog will deal with. Cocktails, spending a month in the south, and the usual car blabbering my live friends are used to. But this break is a bit more for me and will tend to turn this blog into a journal. Being a bit bored of my job (software engineering) I’m trying to turn more and more of my hobbies into money generating activities. Like, can I be a bartender, a software designer, a mechanic, a writer and get a salary allowing me to do what I want with ? Shortly put, can three hobbies be made well enough to generate a steady job salary ? This forum is full of poker players having a job on the side or the other way round, making good money, sometimes just the minimal wage, but still having a freedom I now envy.

First thing, I want to work on a mobile app I thought of a while ago, yes I’m going to openly discuss it here, mainly because I don’t believe in the whole “can’t talk about it, I don’t want anybody stealing the idea” as it’s usually counter productive to not be open about a project and not get feedback from outer sources, you can’t imagine how other people react to the idea or the app without talking about it. It’s also something I hear a lot from people “How... I have this idea of an app... Where do I start ?” “Would you work for free for me ? Of course if the app makes it big, you’ll get your share.” So, I’m going to talk about the different steps from conception to realization, to end it with actually downloading the app on your smartphone, giving you my way of going through it.

Second, bartending. It may sounds like I’m doing things the other way round moving from being an engineer to bartending (“But like... It’s a student job ...” Is something I heard way too often) but me and some of my friends thought “OF COURSE WE SHOULD BUY A BAR” way too often to not actually give it a try. I also think of it as the coolest thing I could do at 35... I mean I’m not gonna be a pole-vault champion, which would be cool too, so I might just stick with the idea of being a proud bar owner somewhere in a not so distant future. After all it’s the next step in my “copying 80‘s Tom Cruise movies” I’ve been a racing driver like in days of thunder for a couples of week ends(ok it wasn’t Nascar, but still) I’m a very decent pool player even though on that one I’m copying Paul Newman way more that Cruise, so now, I’m heading towards the Cocktails side. 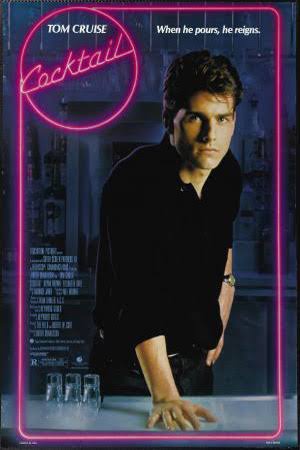 Already have the same shirt...

To achieve that, actually work in a bar. First step, let’s do things the right way and get a bartending degree from a recognized bartending school to complete what I already know about cocktails and how to make them. I’m starting that tomorrow. Expect to read a lot about the cocktail making process here.

Third, I’m completely out of shape my work was a bit intense over the last two month, and I haven’t done sh*t. Time to get my ass back at the gym and pump iron.

And finally, find some time to read the book from Jonatan Salamon I just bought. “Récit d’un joueur itinérant” is the book version of his blog World Poker Trip, and being one third into it, it’s hard to not be inspired by it in a “f*ck this sh*t, I’m gonna do what I want to do starting right now” kind of way. It’s nicely written, for once it doesn’t fall in the “Let’s print a blog and call it a book” and jonatan has a very refreshing, candid, pure way of sharing his trip anecdotes with us that make every chapter a travel of its own. I find a lot of common points with “On the road”, Jonatan naturally taking the role of some kind of Kerouac 2.0 . Wouldn’t it be a blog linked to an instagram account if Kerouac wrote it nowadays ?

For now the book is in French only, hopefully it’ll get translated in english in order touch a worldwide audience.