This post is dedicated to Stephanie, who taught me that whatever you wanted to be doing, you'd better start by actually doing it.

So... Bit more than two weeks on that month off... Time for a quick summary.

I got to name a drink in a cocktail bar in Little Rock, Arkansas. Meaning you can walk in the 109 (109 Main St, Little Rock, AR 72201) and order a Parisian. "Naming a drink on the menu of a bar" totally was on my bucket list so I'm pretty psyched about it. Next step, having a drink named after me.

Also my margarita making skills clearly went up a notch.

Blue margarita straight up on the left (1 shot Tequila, 1/2 shot blue Curacao, fill up with sour mix, flash blend and strain into a champagne shell)

So far so good on my month off except I'd like to be a bit more advanced on my app development, but I guess Rome wasn't built in a day. That's what I'm going to talk about right now, with a question I had a lot of times. "Hey I have this idea for an app... How can I get it done?" Pretty much everybody, especially since an app can mean a few millions/billions $ if sold to the right company (don't dream yet) had a moment like "It would be so cool if we had an app doing this this and that and made millions out of it". Ok. Now you have an idea. So what makes a difference between an app nobody use and one that get you those millions ?

Well, an idea is worth nothing. Litterraly. I could spend a whole day giving you ideas for apps, websites, whatever. Of course the first part of actually making money is having something to sell, but over an idea, you need a spirit, the "what it does" isn't at all as important as the "How you do it". An example ? Yes sir. Take Tinder. There's a billion dating apps/websites and ways to meet people. Why did this one stuck ? Because it was different. They had a special way of selecting a profile that you liked (amongst other things) that appealed to people, people started using it, snowball effect, and there's litterally billions of people. Boom, here you go. Now go back in time and invent Tinder.

My point here is that the idea of Tinder wasn't new. It's a dating app. What is different is not the what, it's the how. It's all about the spirit (now you get the title) in which things are done and not what kind of things are done. In the same way, Larry Page and Sergei Brin when they made Google, they weren't like "Oh... There's already Yahoo... Nevermind. Let's move to another idea" No. They went and made a different Yahoo.

So here's mine: A gym, workout of the day app. There's already a lot of them. You should know be wondering what's my way of seeing things ? What's make it different ? Right. First point : Mine will be made to use on a smartwatch. Yup there's also a lot of them already.

The Apple Watch even have one built in. Obviously, I won't be competing with Apple right on with a chance. So I'm going to target the pebble (www.getpebble.com) watch. Talk about a road less traveled huh ? Why the Pebble ? first, because that's the one I use and if you're not the first user of your app, who will that be ?

Second, I don't want my phone near me when working out. I'm talking pushing old scholl dumbells on a bench, doing squats in a rack, those kind of things, as far as I know, are pretty hard to log automatically and if some fit bands and sensor seems to get close to it, it's still not how I see it. Up to today, I'm using the bodybuilding.com bodyspace app and/or the Fitocracy app. The bodybuilding.com app is very good, the fitocracy one also but less complete, but none of them are really 100% what I want, mainly because they're on my phone, phone that I don't want to have around at the gym.

It's a gym logging app for your watch. You walk in to the gym, push the middle button, your workout for the day is loaded and the first exercise displayed. Do it. Validate with middle button again, enter the reps/weight you just did/use with top/bottom button, validate, second exercise is shown, repeat til your workout is done. Pat yourself on the back, go home, watch syncs with your phone, your workout is saved. No fuss, straight to the point. We'll add fuss later. Like boasting about your workout on facebook, achievments, that kind of stuff. Personaly do I care about them ? Nope. Why would I want them ? Because I want to extend the pool of users for my app, making it social.

First, I wanted to be able to use my app wherever I was. Ok more like at whichever gym I am. That's the mobile part of an app. Then I started drifting about how it could be social. The last component of the holy trinity that makes or break an app or business model is the local part. Locating users next to me and challenging them, negociating discount with local gyms, drawing new customers to them, etc. But that's the last part, a.k.a "Actually getting money out of the thing you just made".

So here we are. Pretty solid idea of what we want to do, fuzzy ideas about how it needs to evolve from "Useful for me" into "That sh*t paid my villa on the coast and filled my swimming pool with Victoria's secret's models". This is pretty much the point most people get to after two beers "BRO THAT APP IDEA IS GENIUS ! LET'S USE THIS PITCH AS A PICKUP LINE WITH THOSE TWO CHICKS OVER THERE" (true story). After the hangover's gone it'll be time to get all technical on this idea's ass and actually get sh*t done. 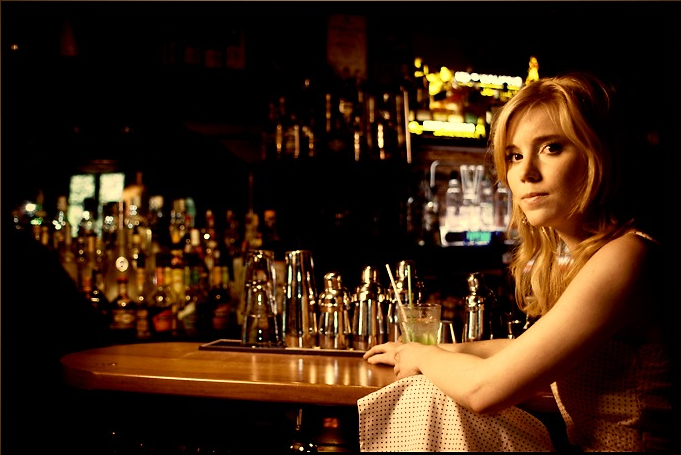 "Hi ma'am, can I take a second of your time and ask your advice on this app I'm working on ? Soooo it's a gym app and..."