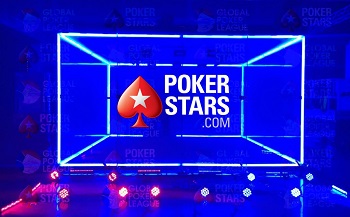 Did PokerStars just bail out the Global Poker League? The GPL got off to a fast start this year, but something strange happened over the summer when the GPL migrated to Las Vegas. The GPL were low on funds and had to borrow cash from deep-pocketed poker pros like Fedor Holz. The funds were paid back late (with interest) but the details sounded a bit shady. During the summer, the GPL canceled the finals at Wembley Stadium in London. Plus, they nixed an appearance at TwitchCon and insiders began to wonder if the GPL was imploding. The second half of the inaugural season kicked off this past week, but we got word this morning from a press release that PokerStars and Mediarex (the GPL's parent company) have entered a sponsorship deal. The details are still fuzzy, but safe to say that any cash flow problems have been nipped in the bud. 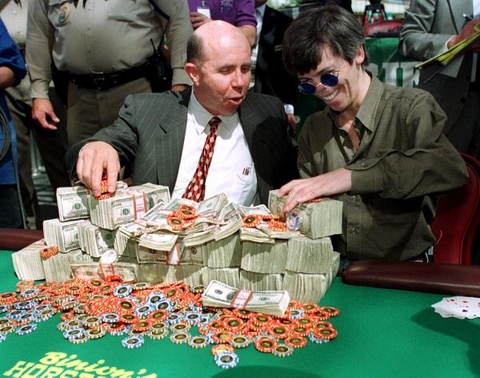 Matt Showell wrote and directed a short documentary film on Stu Ungar titled Last Chance Gone Wrong. Several of the biggest names in poker appear in this film to discuss Stu Ungar's fall from grace leading up to his comeback victory at the 1997 WSOP Main Event. Among those interviewed: Billy Baxter, Phil Hellmuth, Mike Sexton, Scotty Nguyen, and Andy Black. 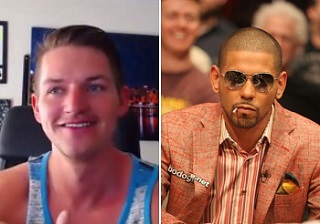 Germany's llJaYJaYll took down the 2016 WCOOP Main Event championship last night for a $1.5 million score. The $5K buy-in event attracted 2,091 total entries and a prize pool of a shade over $10M. Two different money chops fell apart, so there was no deal at the final table. 0409479 from the United Kingdom was the runner-up and earned $1.1M. Fabrizio 'Sixth SeSen16' Gonzalez won the Player of the Series after making four final tables and cashing 24 times. Over the weekend, Daniel Negreanu won the WCOOP HORSE Championship by defeating Viktor ‘Isildur1' Blom heads-up for the win.

Online poker pro Prahlad Friedman released a hip hop video and he's in the process of recording an album. No longer known by his online screen names SpiritRock or Prefontaine, Friedman's stage name is Pragress. He recently collaborated with Brazilian singer Aida Magalhaes on a marijuana-inspired track titled Hazy Eyez. The two are working on an album for Pragress Records.

Telex
PokerStars makes some changes to the EPT payouts

Good news and bad news. The EPT decided to amend their payout structure in some of their events. Any events that are €10,000 or more will retain its 12% to 15% payout structure. However, other events will payout 17% to 20% of the field, but with a min-cash of 1.5 the buy-in. For more details, read Neil Johnson's blog post about the payout breakdown that will be installed for upcoming events at the EPT Malta and EPT Prague. 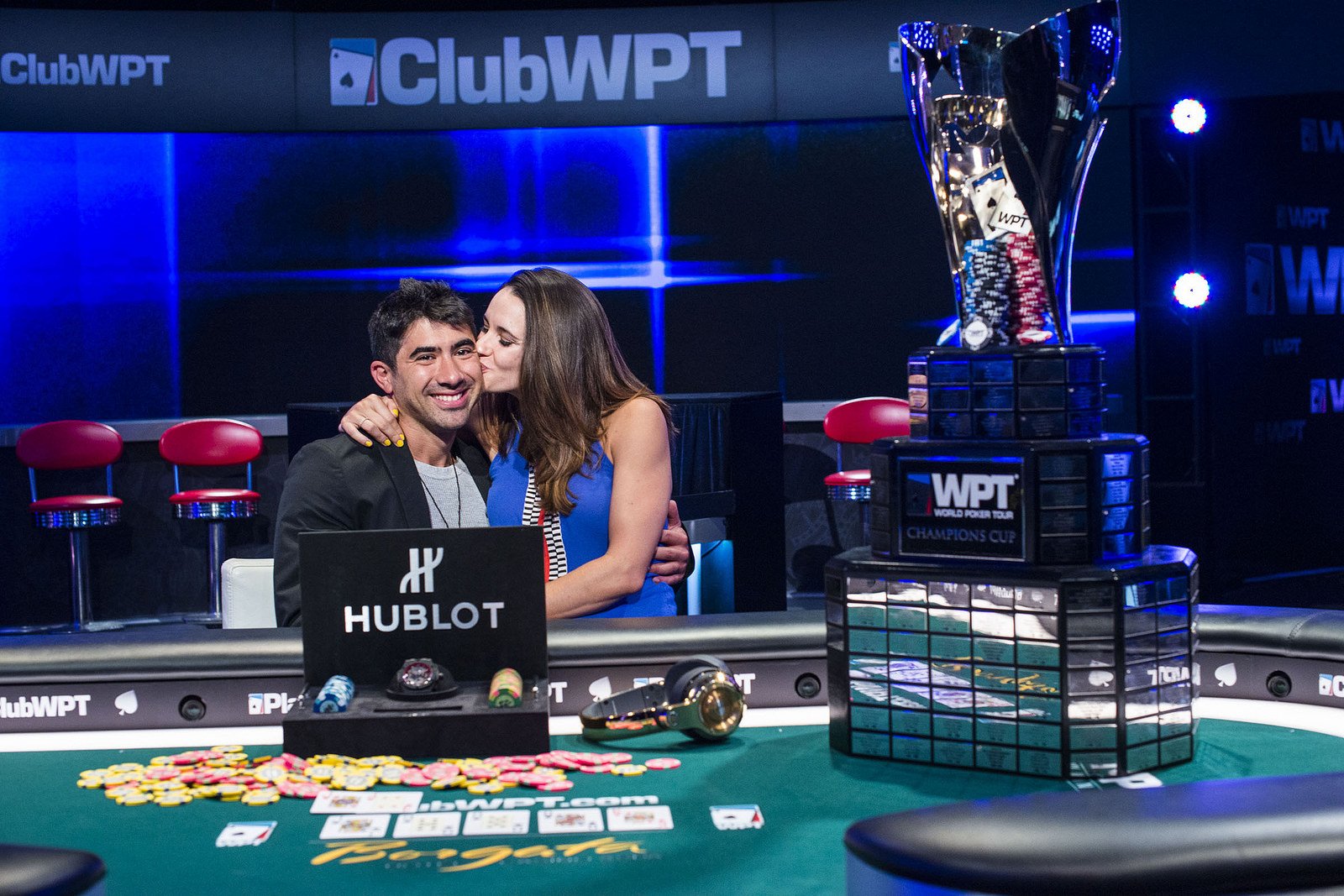 Jesse Sylvia came into the final table of the WPT Borgata Poker Open Main Event in last place in chips or sixth overall. After tripling up early on in a multi-way pot that included chip leader Farid Jattin, Sylvia embarked on a heater the ended with him hoisting the winner's trophy. Sylvia won the WPT Borgata and a first-place score worth nearly $822K. 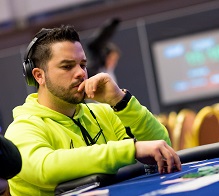 The WPT Borgata Poker Open in Atlantic City, New Jersey is down to six players out of a field of 1,179 runners. Farid Jattin holds a massive chip lead with 15.7M, or nearly half chips in play. Also at the final table: Zach Gruneberg, Taha Maruf, Chirs Limo, Simon Lam, and Jesse Sylvia. First place pays out $821,811. The final table will play out today at 4pm ET. The live stream begins at 4:30pm local time. 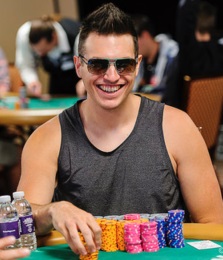 Say goodbye to SolidPenis! Earlier this year, Doug Polk set history by winning the most money ever recorded on a live stream via Twitch. His record was short lived after SolidPenis edged him out. Alas, the SolidPenis record fell flat this week when Polk chopped the 10K high roller event during the 2016 WCOOP. Although Polk did not win the event, he finished in second to Phil ‘Grindnation' McAllister, Polk still banked $455K. That number – $455K – is the newest benchmark for highest cashed during a Twitch live stream.

LUCKBOXES is a new 30-minute scripted comedy series written and directed by Ryan Firpo (who also directed the documentary film Bet, Raise, Fold). The pilot episode is complete and the trailer for LUCKBOXES was released this week to much fanfare. According to its Twitter bio: “LUCKBOXES is original scripted comedy series about two brothers who turn to online poker to save their childhood home from foreclosure.” 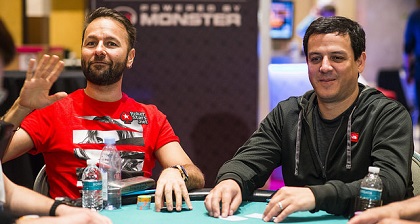 Daniel Negreanu has an opinion on almost everything so it's easy to dismiss what he has to say on a regular basis. However, Negreanu's most recent blog post about the 2016 Poker Hall of Fame nominees is a very interesting read. He gives his take on which of the nominees deserves a nod and gave Carlos Mortensen his full endorsement. Negreanu also listed a group of other pros Like high-stakes cash game player Ray Dehkharghani and David Oppenheim, who should be considered for meeting the requirements, but somehow were not as popular with the public.

Sometimes you gotta know when to fold them. PokerStars TV assembled the top five sickest laydowns. Among the players who had the right smarts to make a tough fold, or the ones with some amazing Spidey senses…Dominik Panka, PokerStars Team Pro ElkY, Galen Hall, and Joep van den Bijgaart. 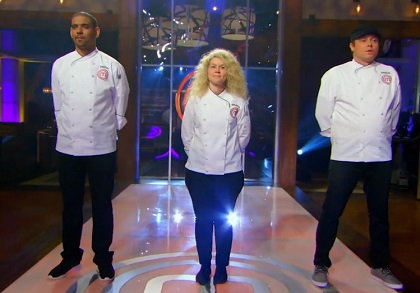 David Williams appeared on the finale on MasterChef, but he narrowly missed out on winning the entire reality TV cooking competition that seeks out the best home cooks in America. The judges called it the "closest result in MasterChef history," but Shaun O'Neale, a DJ from Las Vegas, edged out the poker pro. Williams conceptualized his own menu and prepared three dishes for the finale. His appetizer was Beet Cured Salmon with Soft Boiled Egg, Filo Dough, Salmon Roe, and Caviar. For his main entree, Williams served Cabbage-Wrapped Guinea Hen with Foie Gras, Morel Mushrooms, and a Wine Cream Sauce. For dessert, Williams showed off some serious skills with Stuffed Cherries with White Chocolate Glaze, Cherry Compote, and Cookie Crumble. Guest Judge Wolfgang Puck said David Williams was his pick to win the competition, but in the end, Chef Gordon Ramsay and the panel of judges selected Shaun the DJ. David Williams didn't become America's top home chef, but he came damn close despite nearly slicing off his thumb early in the finale. As his amazing run on MasterChef came to a close, Williams showed the culinary world that he's not just a bad-ass poker player, but he can hold his own against America's top chefs. 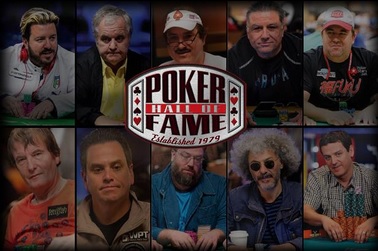 The Poker Hall of Fame nominees have been announced. Ten finalist were selected and now it's up to actually HOF members and a small panel of media to determine which nominees are deserving of a spot in the Poker Hall of Fame. Three new names made the list this year including Chris Moneymaker, Todd Brunson, and Eli Elezra. Brunson's father, the legendary Texas Dolly is already in the HOF. Seven previous nominees were selected once again: Humberto Brenes, Chris Bjorin, Bruno Fitoussi, Carlos Mortensen, Max Pescatori, Matt Savage and Devilfish. At least half of the list is comprised of European players including the Godfather of French Poker Bruno Fitoussi. We will find out who gets nominated by mid-October. The WSOP HOF induction ceremony takes place on October 26 at the infamous Longhorn Room at Binion's Casino in downtown Las Vegas. 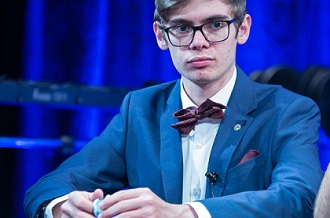 Fedor Holz is at it again. The young German is supposed to be enjoying his retirement, but he just chopped the 100K Super High Roller on PokerStars for the 2016 WCOOP. Holz chopped the SHR heads-up with bencb789 for approximately $1 million each. Since Holz announced his retirement, he shipped a High Roller event at the EPT13 Barcelona and chopped the WCOOP SHR. Even when he's not trying to win…he's winning. 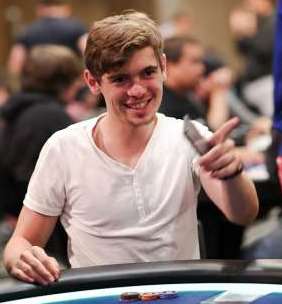 Retirement has been kind to Fedor Holz. The wunderkind returned to crushing online tables at the 2016 World Championship of Online Poker over at PokerStars. Holz is playing in WCOOP under his noble screen name CrownUpGuy. Holz made the final table of the 100K Super High Roller along with Ike 'philivey2694' Haxton, Salman 'salfshb' Behbehani, Nikita 'fish2013' Bodyakovskiy, bencb789, and Igor 'lechuckpoker' Kurganov. BetStars put Holz at 4-1 odds to win it all. First place of this $102,000 buy-in event is $1.4 million and only the top three places get paid out. The final table is currently underway!

Another day, another big change over at PokerStars. This time, they are revamping their VIP Club. In 2017, a series of changes will occur with PokerStars VIP Club and it will be rolled into a single VIP program for a “combined rewards program for poker, casino and sportsbook.” For more information about these vital changes to the VIP Club, visit the corporate section of PokerStars Blog.

David Williams advances to the finals of MasterChef 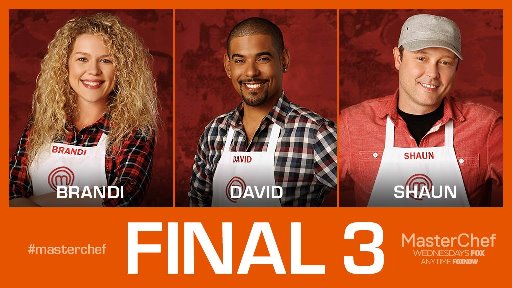 Poker pro David Williams advanced to the finals for the cooking reality TV show MasterChef hosted by Chef Gordon Ramsay. Williams survived the cut during two more episodes to advance to the three-handed grand finale. The season began with 40 aspiring home cooks, but only two others stand in Williams' way of winning the title of "Master Chef" plus $250,000 in cash. Williams is still alive with Brandi the school teacher from Kentucky and Shaun the DJ from Las Vegas. 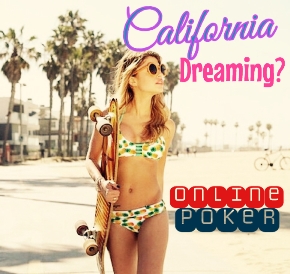 The latest attempt to get online poker legalized in California during the 2016 session fizzled out completely when online poker bill AB2863 failed to reach a vote by the last day of the legislative calendar. A vote in mid-August was postponed to add amendments to the bill, but the new language was not sufficient for a large pro-online poker coalition led by PokerStars. Once the biggest proponents of the bill flip-flopped their position, it was evident the bill would not have enough support to pass the state Assembly. Online poker legalization will not occur in California in 2016. It's going to happen eventually, but until legalization occurs, the largest state in the U.S. will keep out online poker for another year. Can Native America tribes find middle group with their fellow tribes on the other side of the issue including PokerStars in conjunction with three major land-based card rooms in Los Angeles? Better luck next year? 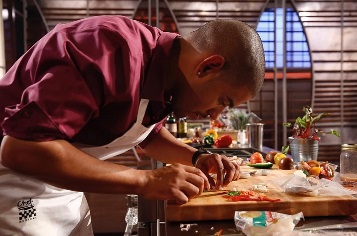 With seven home cooks remaining on the reality show MasterChef, poker pro David Williams was looking to advance to the final five. FOX aired back-to-back episodes of MasterChef and David Williams survived the cut on both to secure a spot among the top 5 home cooks. In the first episode, Tag Team, Williams cooked a Bacon Wrapped Stuffed Shrimp dish that was recognized among the top 3 for a Mystery Box Challenge. During the elimination challenge, his team with Katie won the overall fancy picnic challenge cooking sliders, lobster rolls, and Scotch eggs. Williams automatically advanced to the final 6. In the other episode, Pop-Up, David Williams captained the blue team in a challenge in which the final six cooked at a pop-up restaurant in an abandoned hotel. Williams blue team won the challenge cooking a combo of scallops, filet mignon, lobster tails, and Oysters Rockefeller. The win clinched an automatic bid for Williams in the final five. Only four other home cooks stand in the way of David Williams becoming the next Master Chef!