Who's gonna win $1 million? Down to 13 players at the WPT L.A. Poker Classic at Commerce Casino in Los Angeles. Dennis Blieden is the chip leader, while Anthony Zinno is trying to win the LAPC for a second time... in addition to winning his 4th overall WPT title. Also still left in the hunt at the LAPC... Lloyd Mandal, Aaron Kaiser, Derek Wolters, Peter Hengsakul, Greg Paryano, Zach Smiley, Garrett Greer, Toby Lewis, Mann Martinez, and Marc Macdonnell. On Day 5, they will play down to a final table of six. Follow the action via WPT Live Updates.

Telex
WPT LAPC down to 31 players 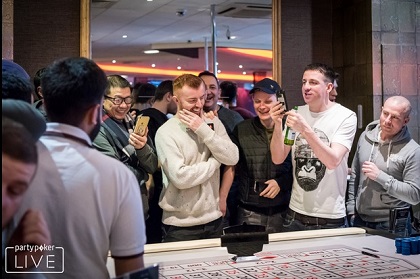 Always bet on black! Wesley Snipes gave that bit of sagely advice in the film Passenger 57. Moments after Jake Cody chopped the high roller event at the partypoker UK Poker Championships in Nottingham, he took his entire winnings (approximately $60K USD) and bet it all on a single spin of roulette. Cody got the approval from the Dusk Till Dawn Cardroom and Casino owner Rob Yong. Much to the delight of his rail, Cody won his wager and doubled up when the ball landed on Black 22. Cody banked $120K for 30 seconds of work. 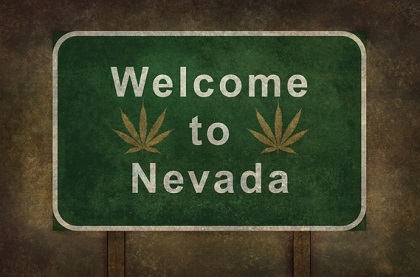 In July 2017, the first recreational marijuana stores opened for business in the state of Nevada and it's been a cash cow ever since. According to the Department of Taxation in Nevada, in six months of operation in 2017, cannabis dispensaries sold over $200 million in products and the state netted $30 million in overall tax revenue and fees. The 10% retail sales tax generated $9.5 million in revenue. At the present rate, Nevada will exceed $420 million in overall cannabis sales in 2018.

Celebrity edition of Poker Night in America debuts in March 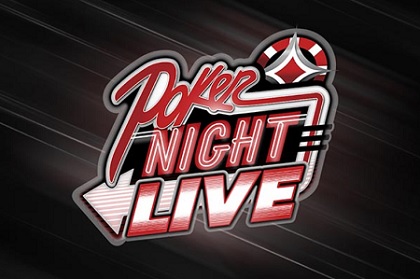 2003 WSOP Main Event Champion Chris Moneymaker was profiled in the Independent under the headline "Chris Moneymaker: What it's like to go from an unknown to a poker millionaire overnight." Moneymaker was the first online qualifier to win the WSOP Main Event, but he didn't blow his money by playing high stakes or making bad loans to friends/family seeking handouts. Moneymaker had a money quote with... "Money does not make you happy, but it makes you sad if you don't have it." Read the full article here. 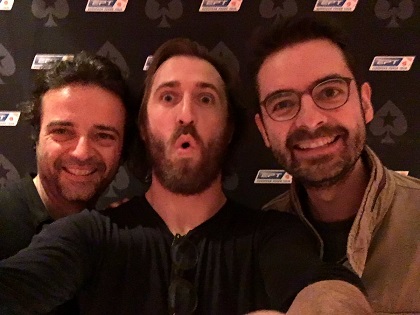 Ludovic Lacay was recently profiled in Business Insider for his work with a tech start-up. Lacay was one of the top poker players in Europe and an integral member of Team Winamax. After a decade a grinding, the French pro took a shot at an entirely different career in the tech world. Lacay secured an unpaid internship at a health-based startup in London called Tictrac and quickly moved his way up the ladder. In a short time, Lacay went from poker pro to product manager of a tech start up. Along the way, he implemented many on-the-felt strategies to improve their product. 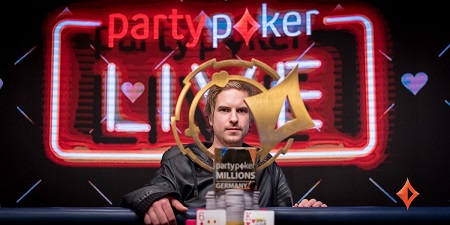 Viktor 'Isildur1' Blom sniffed out a bluff to win the 2018 partypoker Live Millions Germany Main Event. The €5,300 buy-in event at the King's Casino in Rozvadov attracted 1,022 runners. With only a pair of Kings on an Ace-high board with three hearts and possible straight, Blom made a "sick call" against Pavel Plesuv to win the Main Event. Plesuv whiffed on a flush draw and only held a pair of Queens when he shoved the river and put Blom to the test. Blom tanked, yet made a remarkable hero-call to win the pot and the tournament. Blom banked €850,000 for the victory. 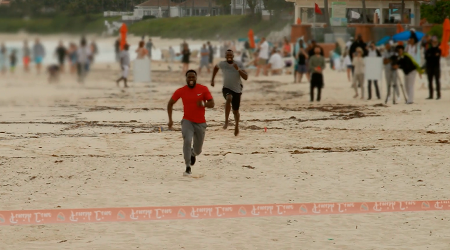 What happens when you match the fastest man in the world against one of the funniest comedians in Hollywood? Usain Bolt and Kevin Hart battled it out the #GameOn series of contests in the Bahamas including a 100-meter sprint, heads-up poker bout, and chicken nuggets. Find out who wins the ultimate beach race and who crushed nuggets in under ten seconds. 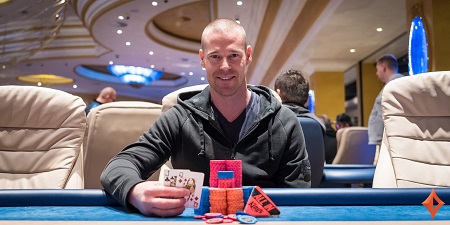 We have three new Super High Roller champions at the 2018 partypoker LIVE MILLIONS Germany at the King's Casino in Rozvadov. Blast from the past Patrik Antonius shipped the first €25,000 Super High Roller over the weekend to win €425,000. German pro Johannes Becker took down the second €25,000 SHR for a €320,050 score. And moments ago, Chi Zhang banked €800,000 for winning the €50K SHR. 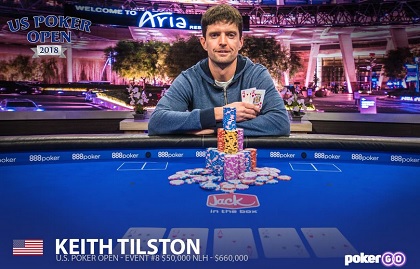 The U.S. Poker Open at the Aria Casino in Las Vegas is only four events deep and British pro Stephen Chidwick shipped two of them. The legendary Stevie444 won back-to-back U.S. Poker Open events including the $25K Mixed Game Championship for a $382,500 score. On Monday, Chidwick took down the $25K NL High Roller and won $374K. Overall, Chidwick made three final tables and banked $811K since the U.S. Poker Open commenced on February 1.

PokerStars School got a face lift. The site designed especially for beginners and poker noobs, recently posted a two-part interview with Daniel Negreanu. In the first part, Kid Poker dishes advice like why sleep is essentially to playing in tournaments. He also gave a couple pointers for satellite winners playing in the PokerStars Players No Limit Hold'em Championship (PSPC). In the second part of the interview, Negreanu goes a little deeper to discuss how Black Friday 2011 affected American pros. Negreanu also shares his thoughts on playing against the top young players in the world in Super High Roller events.

PokerStars rebranded the TCOOP into the Turbo Series, which kicks off on February 18 and runs through March 4. The Turbo Series, featuring super-fast tournaments and a $15M guarantee, will consist of 74 events with buy-ins from a modest $11 to a balla-zone $5,200. A bunch of Platinum Passes to the 2019 PSPC in the Bahamas will be awarded to the winner of the Twin Turbo Main Events on March 4. You can also win seats into the Turbo Series via Spin & Gos. Click here to view a full Turbo Series schedule. 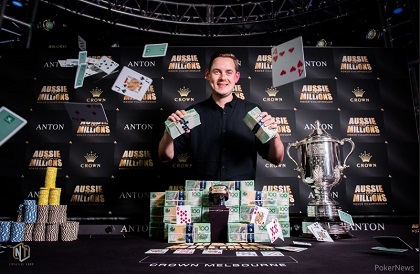 The Aussie Millions Main Event crowned a champion late in the evening at the Crown Casino in Melbourne, Australia. The record-setting Main Event included 800 runners this year with an $8 million (AUD) prize pool. The final three players reached a money deal. When the dust settled, British pro Toby Lewis prevailed and banked $1,458,198 AUD for first place (or approximately $1.1M USD). Runner-up Stefan Huber from Switzerland won $909K, while Norway's Espen Solaas earned $1.1M for third place due to the terms of the deal. Lewis became the fourth non-Aussie to win the Aussie Millions since 2012. 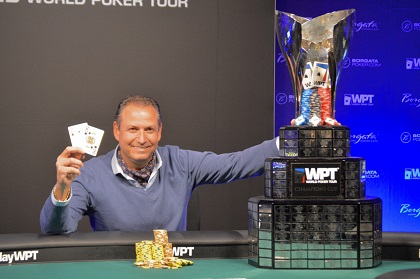 Say hello to multiple WPT winner, Eric Afriat. Although Afriat went into the final table with the short stack, he rallied from behind to take down the WPT Borgata Winter Poker Open in Atlantic City, New Jersey. Afriat, a real estate investor from Montreal, Canada, faded a field of 1,244 runners to earn a first-place payout worth $651,928, plus a free seat ($15,000) to the season-ending Tournament of Champions at the Aria Casino in Las Vegas. The action down under continues with the Aussie Millions Main Event Championship. This year's record-setting field attracted 800 total runners. On Day 3, only 158 players began the day and by the end, only 38 remained. Mike Del Vecchio is the chipleader going into Day 4. Former champs Ari Engel and Ami Barer are still alive. Luckily, there's a live stream. Jason Somerville is doing kick-ass commentary on runitup's Twitch feed starting at 9pm ET or 6pm Vegas time. Watch Day 4 of the Aussie Millions Main Event here. 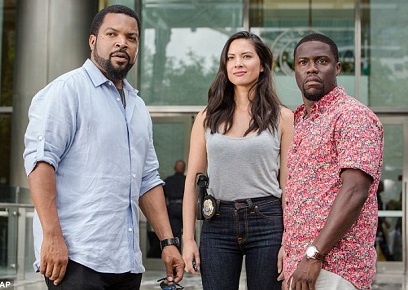 I know you've been holding your breath and became near-dizzy anticipating the third installment of PokerStars Championship Cash Challenge. Yes, the third episode has finally been released much to the delight of the poker diaspora. The challenger, Mila Monroe from Germany, is playing a €25/€50 NL cash game against actor/comedian Kevin Hart, Liv Boeree, Daniel Negreanu, Faraz Jaka, and Charlie Carrel. You won't believe what happens next!

Watch the Aussie Millions live from the Down Under! The record-setting $10K Main Event at the Crown Casino in Melbourne, Australia attracted 800 total entries. Only 158 players are remaining including Fedor Holz. Day 3 begins shortly and there's a live stream. Jason Somerville will be adding expert commentary on runitup's Twitch feed starting at 9:30pm ET or 6:30pm Vegas time. Watch Aussie Millions Day 3 here.