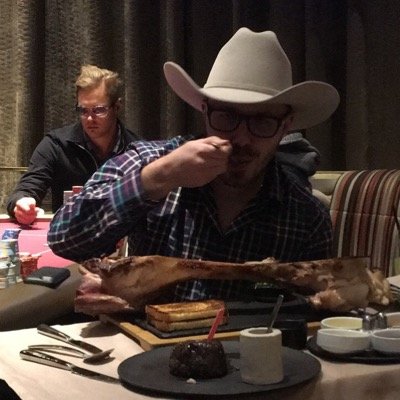 Lots of karma coming Dan Smith's way. He raised over $1.7 million this year!

Who said poker players were callous degenerates who would screw over anyone in their path toward greatness? Okay, I might have said that many times in the past…but every once in a while, poker players will surprise you with their big hearts and generous donations. American pro Dan Smith e(a.k.a. Danny98765 in the online poker realm) arned over $15 million in tournament winnings with his biggest score in excess of $3 million, which occurred this summer at the WSOP when he finished in second place in the $111,111 buy-in One Drop (Smith lost heads-up to red-hot Fedor Holz).

Dan Smith and Dan Colman wanted to raise money for various charities in 2015 and both pledged to match up to $70,000 in donations. They wanted to do something again in 2016. However, Colman admitted to Smith that he felt most charities were band-aids on much more serious wounds. Smith explained, “Last year, Dan Colman told me that he views charity like putting on a band aid. Sometimes we simply need a band-aid, but in an ideal world, you wouldn't be bleeding in the first place. I love the idea of trying to fix the core of certain problems.”

This altruism stemmed from a New Year's Resolution in which Smith wanted to give back in any way he could. He explained more in an interview with PocketFives a couple months ago.

Last year, Dan Colman and I organized a very successful charity drive, so I wanted to do it again, this time on a larger scale. Between now and the end of the year, I am matching charity donations up to $175,000 to the following charities which I've separated into 3 groups.

Initially for his 2016 fundraising campaign, Smith had set aside three specific groups in which he was targeting for donations. He wanted his friends to pick a charity and then he'd match up to $175,000 of his own money.

The first group was considered the most efficient charities according to his research. That group included Give Directly and The Against Malaria Foundation.

The second group consisted on prison charities and prison reform such as the Bronx Freedom Fund, and Liberation Prison Yoga.

The third category focused on fixing core issues, which included donations to the Multidisciplinary Association for Psychedelic Studies (MAPS).

Before the year ended, Smith announced that he got over the $1 million hump thanks to a charitable donation by Martin Crowley. Martin, a well known player in DFS circles, donated a whopping figure worth $525,000. Smith's friends had donated a half-million ($500,400 to be exact). The Martin Crowley donation pushed them over $1 million. But the charitable drive was no over. Enter the other Crowley brother.

ChipotleAddict is a daily fantasy sports legend. He's bee crushing DFS the last few years. He's the equivalent of what the domineering Erik123 was to online poker over a decade ago. ChipotleAddict goes by his real-life name Tom Crowley. He's also Martin Crowley's brother and was well aware of Smith's charitable drive. ChipotleAddict is truly the Robin Hood of the DFS. He robbed from football junkies in order to help out people in need. Tom the ChipotleAddict donated $500,000 of his DFS winnings to Dan Smith's cause. Combined, the Crowley Brothers donated over $1 million ($1,025,000 to be exact) for various charities.

In total, over $1,700,818 was raised for 10 charities. Against Malaria Fund got the most with over $287K in donations, followed by Give Directly and $115K. Other charities receiving donations included: 350,org, Just City, Liberation Prison Yoga, Lineage Project, MAPS, Massachusetts Bail Fund, GiveWell Unspecified, and SCI.

Read more about the initial plan by Smith from his November blog post. And read a recap of donations and update from his most recent blog post.

Congrats to Smith, the Crowley Brothers, Dan Colman, and everyone who participated in this historic fundraising event.

Really blown away by all the support. The project grew way bigger than I ever thought possible. Restored some of faith in humanity.