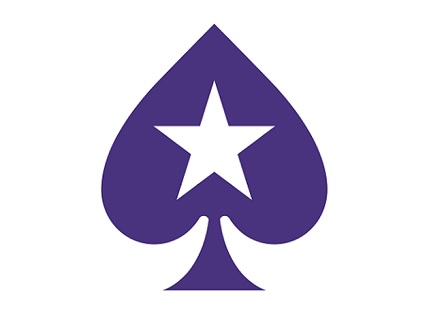 That didn't take very long. Out with the old, and in with the new. PokerStars had a couple of big vacancies in their streaming department when Jaime Staples and Jeff Gross bounced and headed to partypoker earlier in the year. Both were huge streamers on Twitch and pimping PokerStars to everyone in the streaming world. In order to fill the void, PokerStars expanded their team. They added four new brand Ambassadors and eight streamers.

If the name Arlie Shaban sounds familiar, it is. He's from Big Brother Canada, one of the most popular reality shows North of the Border. Shaban also completed a bunch of crazy tasks to win a Platinum Pass last December to the 2019 PokerStars Players Championship in the Bahamas. Shaban will be streaming tables under @arlieshaban on Twitch.

"My whole life I've been obsessed with poker," said Shaban. "To become an ambassador for PokerStars is something I never imagined possible. I've given poker everything I must give, even more than I thought possible, and to be awarded the biggest trophy of my career by becoming a PokerStars Ambassador is the actual dream come true. Being signed by PokerStars is the start of a new chapter in my life. Having that red spade beside my name has been a lifelong fantasy of mine... I'm ready!"

Meanwhile, three members of OP Poker were also named new Ambassadors including James Mackenzie, Nick Walsh, and Eva Reberc. You can watch them stream over at @OP_poker. If you don't know, OP-Poker is home to the PokerStars Power Up community. Yes, if you've always been a Power Up freak but haven't found your home yet, then the OP crew is your tribe.

James "jlhmac" Mackenzie is a pro and notable heads-up specialist. PokerStars will be relying on him to promote the red spade on both Twitch and YouTube.

Nick Walsh used to play under "Lost_Gambit" on PokerStars. You might know him from being the lucky duck who hit the highest multiplier Spin & Go on PokerStars... yes, he's the 10000x guy.

Eva "EVAisOP" Reberc is the content manager at OP Poker and she's an avid gamer, but a self-admitted poker noob who is seeking to become better. Stars is hoping she can bring more women into the game, especially on the streaming side.

PokerStars also tapped a couple of special European streamers and pros to step in and help expand the red spade into France and Spain and Southern Europe.

Rounding out the rest of the new streamers will be Mason Pye, Georgina James, and Tom Hayward. All three are super pumped up about playing online poker. PokerStars is hoping one of these new streamers can become the next Jaime Staples for them.

Mason Pye, a university student from the UK, has been playing online poker for four years. Pye first made a name for himself during Jason Somerville's Platinum Pass giveaway, which was the red spade's way of seeking out their next big Twitch streamer. He will be playing and streaming in his own unique style at @PyeFacePoker.

Georgina James is a 26-year old British player and up-and-coming enthusiast of poker. James is trying to run up a $100 bankroll. James recently streamed 100 hours of content in 9 days to prove he had what it takes to be a full-time streamer with PokerStars.

Tom Hayward aka @Pleb_method is a musician, audio engineer, and poker player who was based in New Zealand. He will definitely bring a unique slant to the streaming game.