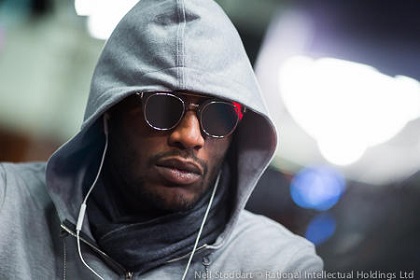 Who's been naughty and who's been nice? Kris Kringle will hook up one lucky soul with a wad of cash in their stocking, while the other five will find a lump of coal and a one-way bus ticket to bad beat city. The 2017 PokerStars Championship Prague Main Event anchored the year-ending, 12-day poker celebration at the Casino Atrium Prague at the Hilton Prague in Prague.

This year's €5,300 buy-in Main Event at the PokerStars Championship Prague attracted 855 runners. They boosted the prize pool to over €4.1M. They set aside €775K for the eventual champion with everyone at the final table locking up at least six-figures.

France's Kalidou Sow bagged up the most chips at the end of Day 5 with 8.1M, but American pro Jason Wheeler is neck-and-neck with Sow.

Team PokerStars Pro Fatima Moreira de Melo from the Netherlands went deep in the Main Event. However, she busted on Day 5 when her run fizzled out in 18th place.

American pro Alex Foxen has been on a roll this year. He missed the final table by a few spots when he got picked off in tenth place.

Day 6 of the Main Event a.k.a. the final table resumes at noon local time. You can watch the action over at PokerStars TV starting at 1pm local time. For excellent coverage, follow along with PokerStars blog.