Ready for La Course?! With the 2020 Tour de France postponed until the end of the summer (and even then the future is in doubt), you can get your cycling and sprinting fix with the latest innovation from PokerStars to be released on PokerStars France (or PokerStars.FR). Allow us to introduce, La Course, which specializes in hyper-turbo SNGs of the progressive knockout variety.

These La Course SNGS are four-handed so you only have to worry about three other people in each level. Then again, this is a short-handed format, so you better pay attention and get ready for nonstop action. These quick La Course tournaments are perfect for people with short attention spans, or folks with limited time.

These tournaments will be hyper-turbos with blind increasing every four hands (and lower stakes) or every six hands (at higher stakes). La Course is a progressive knockout (PKO) format. So, every time you bust a player, you bank a portion of their bounty while your own bounty increases. However, in La Course, there's a randomnizer that will award bounty prizes that will be between 1x to 6000x of the initial bounty. Players cna win up to €100,000 this way.

When you win your sprint, you advance to the next level. You can play right away or wait for another time. Players will be matched up based on their overall number of bounties collected. The goal, or finish line, is to reach €100 in bounties. You can increase this number by simply eliminating opponents. When that happens, you essential win the race and get to bank your own bounty.

So yes, La Course is a variant of Spin&Go SNG format but with a shootout slant.

"The poker world has never seen anything like PokerStars La Course. It's fast, competitive and progressive, and delivered with a look and feel designed especially for our players in France. We hope our players will enjoy playing PokerStars La Course as much as we enjoyed creating it," explained Severin Rasset, Managing Director and Commercial Officer of Poker at the Stars Group.

La Course has its own special and dedicated lobby that will post winners' names. Pretty slick, eh? Check it out to see if your friends and family are among the list of "recent winners" in the La Course.

La Course is currently available on the French version of PokerStars. According to PokerStars HQ< they will be releasing other versions for other countries as well. No word on if/when La Course will be released on regular PokerStars. For now, it's on PokerStars.FR... so for all of you French poker players out there... Allez!!

For more details about La Course, visit our original site (in French, of course). 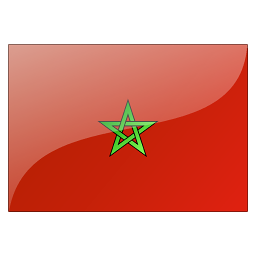 Reply to this topic
Read the comment on the forum
Latest news
Tuesday May 26, 2020 at 4:35 pm
Poker business
Stanley Ho, the King of Macau gambling, passes away at 98