FUN
PokerStars introduces Fusion, a mixture of Omaha and Hold'em
by Pauly McGuire 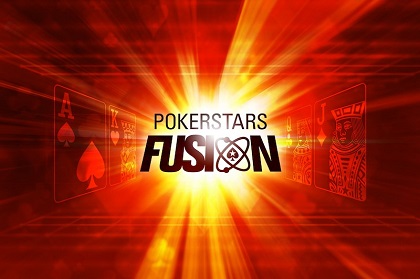 Have you read the news today, oh boy? About a lucky degen who found a new game to play? And though the news if Fusion Poker was rather sad, well, I just had to laugh. I saw the meme on 2+2. He donked off his bankroll in RozVegas, but didn't notice the lights had changed. A crowd of railbirds stood and stared. They'd seen his avatar before but wasn't really sure if he was from the House of Lords.

Here comes Fusion Poker. The biggest thing to hit the world since the Invasion of the Beatles. Just like Beatlemania, expect Fusionmania to revolutionize the poker landscape.

The guys in the R&D department at PokerStars HQ have been earning their paychecks the last year or so. The engineers have been super busy designing new versions of poker. There have been so many, it's been nearly impossible to keep up.

There were rumors that a 6-card version of Texas Hold'em would be introduced around Halloween, but those were just rumors. The 6-card version is coming... eventually... maybe by Christmas. However, for now, there's a different new game introduced. Say hello to Fusion Poker.

Fusion? Yes, Fusion. Fusion now joins the long list of other innovations. Unfold, Split Hold'em, Showtime Hold'em, Power Up, and the Beat the Clock have all come and gone. And now there's Fusion Poker! What's Fusion? It's a fusion of two great games: Texas Hold'em and Omaha.

According to Severin Rasset, the Director of Poker Innovation and Operations at PokerStars, "We want to give our players games that they have never played before and bring a unique offering to the table. Fusion mixes two well-loved formats together giving an exciting twist to the game. We eagerly await player feedback and look forward to seeing everyone joining the tables, and giving Fusion a try."

It's a pot-limit cash game that begins like Texas Hold'em but ends like Omaha. Yeah, who doesn't love PLO? Well, Fusion is a twist and tweak on PLO. It starts out as a stripped-down version and you must wait until the river before all four hole cards come into play.

Here's how it works. During the preflop action, Fusion looks like ordinary Texas Hold'em. Everything is the same. After the flop, remaining players in the hand receive an additional hole card, or their third. That's right. If you see the flop, you'll get dealt a third hole card.

By the turn, players will receive a fourth card, thereby filling in the four hole cards for Omaha action. Fusion is complete before the river is dealt and you have a full Omaha hand by the turn to decide what to do on the final two streets. 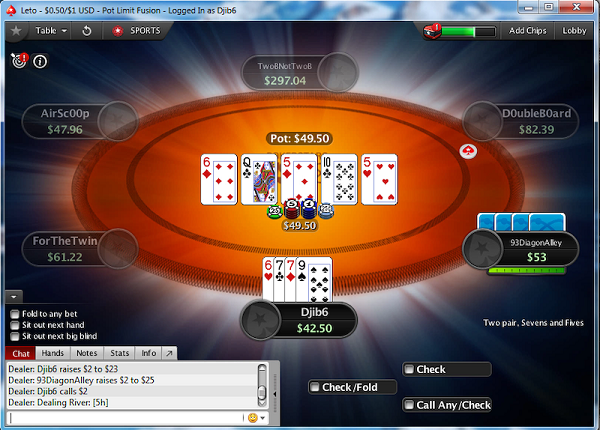