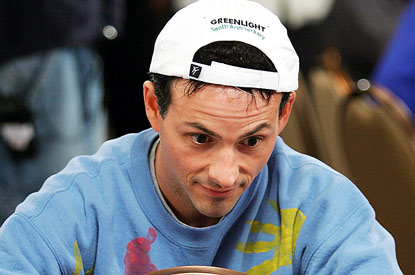 Billionaire hedgefunder David Einhorn made a big bet on PokerStars

One of the biggest and brightest hedge fund managers in the world just made a huge bet on PokerStars. David Einhorn, founder of Greenlight Capital, always makes waves in the investing world whenever his colleagues and the rest of the Street find out what companies he's betting big on and which companies he soured on. In 2016, Amaya Gaming is one of the Top 10 stocks on Einhorn's radar…despite all the bad news coming out of Canada. Einhorn has a positive outlook on the future growth of Amaya Gaming, particularly PokerStars and its verticals such as StarsDraft, BetStars, and PokerStars Casino.

Einhorn backed up his assertion with a massive bet on PokerStars. Einhorn purchased 3.9 million shares of Amaya Gaming (AYA) at $13.77 a share. His nearly $53 million stock purchase is an investment in the future of PokerStars and Amaya Gaming's multiple revenue streams with sportsbetting, DFS, and overall online casino wagering.

Einhorn's Greenlight Capital is one of the most lucrative hedge funds in the world. Einhorn is batting over 1,902% over the lifetime of his fund since its inception in 1996. Last year, 2015, was a rare down year for Greenlight Capital (down 20%), but even with the dismal year Greenlight still averages an annual return of over 16%. So in one sense, you have to think Einhorn knows what he's doing. Then again, to put the Amaya stock purchase in perspective, it was one of many other stocks Einhorn added to Greenlight's portfolio in the second quarter of 2016. In addition to Amaya (AYA), according to The Street… Einhorn also picked up shares in Calpine (CPN), Rite Aid (RAD), Perrigo (PRGO), AmerisourceBergen Corp. (ABC), Arris International (ARRS), FMC (FMC), Amerco (UHAL), Hertz (HTZ), and Liberty Global LiLAC Group Class C Shares (LILAK).

Will Einhorn have enough clout as a share holder to help shape the future of the company? Time will tell. Keep an eye out to see if he buys more shares, or dumps them.

Einhorn is also a high-stakes poker player and can more than hold his own against the biggest sharks in Vegas. He once won a side event at Foxwoods during the height of the poker boom back in 2006. Einhorn made a splash at the 2006 WSOP Main Event with a deep run and an 18th place finish out of 8,773 runners. In the year that Jamie Gold won the Main Event, Einhorn donated all of his nearly $660K in winnings to charity. That's when he was first dubbed the “Wall Street's Robin Hood of Poker.” Einhorn made another big run at the 2012 WSOP One Drop. He plunked down $1 million to buy into the One Drop. Einhorn finished in third place and Antonio Esfandiari went on to defeat Sam Trickett heads-up for the One Drop title. But Einhorn quietly donated his third place prize of $4.3 million to charity. Einhorn's last major cash occurred at the 2014 WSOP when he finished in 173rd place in the Main Event.

Amaya has the ability to generate large amounts of cash, and its casino business is growing nicely, although somewhat at the expense of poker. The company also has more than US$500 million in cash.

But at the same time, there are question marks. The company has lots of debt, including convertible preferred shares that could potentially dilute current shareholders significantly. There's still the insider-trading overhang, even if that's reduced compared to before. And continued strength in the U.S. dollar could make results look worse than they really are.

Ultimately, Amaya is still risky, but Einhorn is on to something. If things go right, Amaya shares could be much higher in a few years.

review our partners rooms
More news Poker business
Las Vegas and Reno on Lockdown, All Casinos Closed for 30 Days Due to Coronavirus

The Bike and Commerce Casinos in LA, Plus Wynn and MGM Las Vegas now closed due to Coronavirus

Macau shuts down casinos for 2 weeks to contain coronavirus