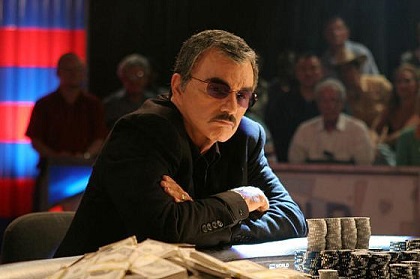 RIP Burt Reynolds. Say goodbye to old Smokey. Burt Reynolds, one of the biggest stars in Hollywood in the 1970s passed away at the age of 82. For a five-year stretch, Reynolds was the #1 box office draw in America in a multitude of action films and romantic comedies. That's astonishing considering his competition included some of the greatest thespians of all time. The 1970s was the heyday of cinema. Reynolds' peers included the likes of Dustin Hoffman, Paul Newman, Al Pacino, Robert DeNiro, and Robert Redford.

Despite being only an "ex-jock" football player and running back from Florida State who did his own stunts (especially the driving), Reynolds' smarmy charm won over audiences worldwide. Reynolds appeared in numerous populist films in the 1970s where he played the underdog going up against the Man, such as his role as a prisoner in The Longest Yard, or an outlaw on the run in Smokey in the Bandit.

Boogie Nights put Reynolds back on the map and revitalized his career, much like Quentin Tarrantino did for John Travolta with Pulp Fiction several years earlier.

Burt Reynolds was Wooderson before Wooderson was even born. If you're a millennial or new to cinema and a huge fan of Matthew McConaughey, then you must do a deep dive of Reynolds. McConaughey is the current incarnation of Reynolds, but he did it first in an era that included behemoth actors the likes of Redford, Pacino, DeNiro, and Hoffman. 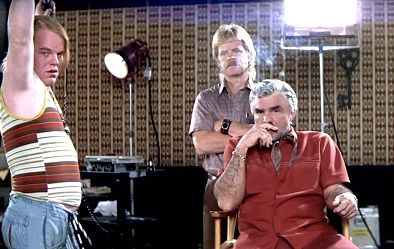 Reynolds played running back and halfback at Florida State in the late 1950s. His roommate was the legendary Lee Corso, who would go on to coach college football and become a popular commentator and co-host of ESPN's College Gameday. Reynolds never made it to the pro level, but he parlayed his athleticism into action roles. Reynolds was never shy about doing his own stunts..

At the start of his acting career in the 1960s, Reynolds held his own in b-list westerns and TV shows, but he finally got his break in 1972 during the redneck horror film Deliverance, which many friends of mine in Hollyweird insist was a documentary film because no one can squeal like a pig like Ned Beatty. Deliverance put Reynolds on the map and his career took off shortly after.

One of my favorite Hollywood stories involves Reynolds and Boogie Nights. At the time he was cast, Reynolds was unaware of P.T. Anderson and was suspicious about the material. He initially turned down the role multiple times. By the mid-90s, Reynolds' career had stalled and didn't field many job offers. He reluctantly accepted the gig and finished the shoot like a professional. When Reynolds viewed a final cut of Boogie Nights, he thought was involved in softcore porn, so he fired his agent on the spot. The next day, critics attending the screening hailed the film and praised Reynolds' for his role.

The folks who ran the Oscars agreed and nominated Reynolds for Best Supporting Actor. Reynolds did not win the Oscar (he lost to Robin Williams in Good Will Hunting), but over twenty years later, Boogie Nights is considered P.T. Anderson best film and one of the most influential films of the late 20th Century.

Whether it was blockbuster films in the 1970s, or paycheck films in the 80s, or throwback roles in the 90s, or even a b0list poker flick... Reynolds was always the focal point whenever he appeared on screen. Call it charisma or gravitas. But Burt Reynolds will always be the man.

Here's some of his work from Boogie Nights…