Ronnie Bardah to appear on Survivor: Island of the Idols
by Pauly McGuire 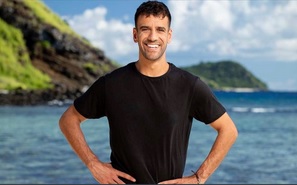 Mark those calendars for September 25th for the new season of the popular reality show Survivor. It's amazing to think that there have been 38 seasons of the harsh reality show on CBS with a 39th season underway. The current season got filmed in Fiji and will be dibbed the Island of Idols.

Another poker pro is among the latest batch of contestants fighting to win the title and outlast 20 total players to win the next season of Survivor. Ronnie Bardah, 32, is a pro originally from Brockton, MA and he's pivoted to the reality circuit.

Bardah cut his teeth in the poker room at Foxwoods. He won over $1.3 million in tournaments. His biggest cash to date is nearly $317K at the 2010 WSOP Main Event.

Bardah won his first and only bracelet at the 2012 WSOP when he shipped a $2,500 NL 6-handed event for $182K. He defeated Marco Johnson heads up for the title.

Bardah is also known for as the guy who cashed in five consecutive WSOP Main Events between 2010-2014.

If Bardah wins this season of Survivor, he will be the first American poker pro to win a reality show.

Jean-Robert Bellande, Anna Khait, and Garrett Adelstein also appeared on Survivor in previous seasons. Back in 2007, JRB went somewhat deep in Survivor when they filmed in China, but Bobby Bellande got voted out in 8th place.

Most recently, David Williams appeared on Master Chef. The Fox show featured home chefs competing for the right to be dubbed ‘Master Chef' by renown chef Gordon Ramsay. Williams went all the way to the finale, but he finished in second place to another home chef from Las Vegas. It was a heck of a deep run for the pro.

Tiffany Michelle and Maria Ho appeared as teammates on The Amazing Race back in 2009. Tiff and Maria got a little guff from their opponents when someone realized they were poker pros who did not come forward with their real occupation.

Vanessa Rousso appeared on Big Brother in 2015. She founded the Sixth Sense Alliance which helped her eliminated over 11 opponents. Rousso went deep and advanced to the finale, however, she finished in third place overall.

Yes!, the rumors are indeed true. I’m happy to announce that I will be on season 39 of @survivorcbs Island of the Idols! Premiering on Sept 25th! Let the games begin pic.twitter.com/BJFfZk0R0f