So-Called 'Masseuse' robs gambler for $76,000 in Florida
by Pauly McGuire 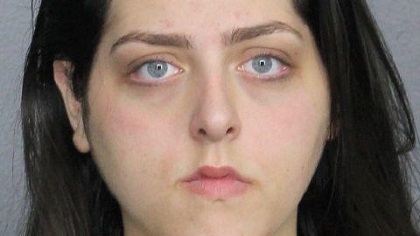 There's a sucker born every minute. P.T. Barnum had many sayings, but that might be the one that comes to mind with this latest story. The incident occurred in Florida, the infamous location of many hideous and sketchy crimes by the ominous cipher of "Florida Man." Yes, Florida Man is one screwed up fella and the go-to moniker by local press when reporting local crimes.

In this instance, it's more like Tennessee Woman robs New Jersey Man inside Florida hotel.

Stop me if you've heard this one before... gambler gets rolled by a prostitute.

I almost wrote the headline as: "Gambler Forgets Golden Rule, Gets Rolled By a Hooker."

Yet time and time again, lustful men allow sticky-fingered women in their hotel rooms with sex on their minds and not a thought about safety.

According to the SunSentinel, a 52-year old gambler at Seminole Hard Rock Hotel & Casino in Hollywood, Florida finished up a poker session and he waited for an elevator back to his room. He was approached by a woman claiming to be a masseuse. Her line was simple: you look stressed.

Badda boom, badda bing... the man thinks he's going to hit it and quit, but before he realizes it, the con job is over. The woman faked a reason to use the bathroom and she bolted with a baller watch and cash.

Literally, the masseuse ran. The eye in the sky caught her running out of the room, down the hallway, through the casino, and out to a getaway car.

The suspect was not the sharpest tool in the shed because the getaway car with Texas plates was a rental with GPS tracking. Big Brother knows all and the woman and car were found at a hotel a few miles away.

"Surveillance video is everywhere. And combined with a GPS tracker on a rental car, police were able to arrest her the same day," explained Gary Bitner, representing the casino and Seminole Tribe.

Police arrested 30-year old Cassidy Reign Paris for grand theft. The Murfreesboro, Tennessee resident is still in a Broward County jail waiting to be bonded out.

According to the police report, the victim was robbed of $10,000 in cash and poker chips worth another $6K. Cassidy Reign Paris also lifted his Patek Philippe watch, valued at $50,000. In total, the masseuse nearly got away with $76,000 worth of goods.