The Try Guys vs Maria Ho
by Pauly McGuire

Maria Ho vs. the Try Guys! What could possibly go wrong? The premise of the "Try Guys" show is that four guys will try to become a master at something. Of course, the four guys are self-professed idiots and amateurs at certain things. They attempted to learn chess in a previous episode, or put together Ikea furniture without instruction, or try to make waffle cones without a recipe.

It's a silly, light-hearted comedy web series that appears twice a week and the Try Guys definitely have fun while doing outrageous things. In case you're wondering, new episodes appear every Wednesday and Saturday.

Keith Habersberger, Ned Fulmer, Zach Kornfeld, and Eugene Lee Yang are the four "Try Guys" that used to work at Buzzfeed. Their videos were huge hits on the Buzzfeed platform. Who would have thunk that four guys failing at things would be a huge success? The Try Guys spun off into their own entity a few years ago and now control every aspect of their show. They've become internet famous at a time when everyone is trying to get attention...except the Try Guys nailed it. They even published a hit book that topped the New York Times Best Seller list.

They have almost 7 million subscribers. In less than four days, the Maria Ho video attracted 2 million viewers. It's cool to see poker dip into the influencer/YT world. And it's even cooler that Maria Ho gets some recognition to a portion of the world that normally would not even know she existed.

The Try Guys delved into the world of poker. They contacted Maria Ho to help teach them poker. For their latest video, the Try guys took on Maria Ho in a Texas Hold'em tournament.

Maria Ho is currently ranked #5 on all-time women money list according to Hendon Mob. She banked over $4 million in tournaments during her illustrious career.

"Maria Ho? More like 'Maria whoa... she's good at poker!'," was one of the funnier clips from the Try Guys.

"But he had a good poker face. I have resting poker face," he joked.

"What I heard was that poker players do not like bad players," said one of the Try Guys. "So, my strategy today will be to consistently play bad."

Another one of the Try Guys said he intended to play every hand. Big LULZ there.

Early on, Maria Ho won a big pot with pocket Kings when one of the Try Guys tried to bluff her off the flop with air and a heavy re-raise. Of course, he screwed up by min-betting on the turn and river. Maria Ho rivered a boat and she moved all-in on the river. The Try Guy folded.

"We learned nothing about her and now she has a crazy stack!"

"Psychologically, I know how to get into people's heads," commented Maria Ho.

Ned the Try Guy knocked out Maria Ho when his pocket eights held up against her flopped open-ended straight draw.

"This was super fun, luck always plays a huge role in this game," said Ned the Try Guy.

"I never knew what you had," commented Ned the Try Guy.

"That's the beauty of poker," explained Maria Ho. "Anyone can win at any given time and that gives a lot of people hope." 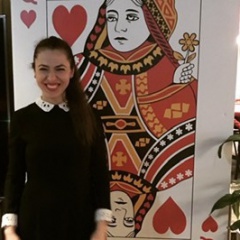 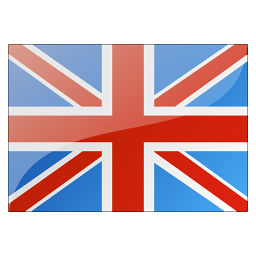 I saw this on Youtube just the other day. Very fun to watch, and they managed somehow to "beat" Ho. She was just nice

Reply to this topic
Read the comment on the forum
Latest news
Thursday April 2, 2020 at 11:01 pm
Online poker
Phil Galfond finally unstuck after another winning session