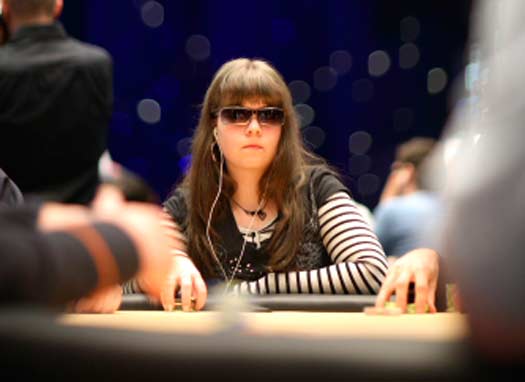 Annette15 joins the Venetian as its newest poker room ambassador.

That's one hell of a troll job, or someone is totally clueless.

The legend of Annette15 is truly remarkable. She once won a tournament without looking at her hole cards, and she'd crush the Sunday night tournaments, then roll up to high school the next morning all bleary-eyed after an hour or two of sleep.

The Norwegian teenager had been poker famous for almost six years before she could even play a hand of poker in a Las Vegas casino.

Before her first-ever WSOP, she was already cast as the Holy One who will go on to become the greatest female poker player of all-time. Yeah, Annette “Annette15” Obrestad was doomed to fail from the start with such lofty expectations.

And now, Annette15 made headlines once again when the former online phenom recently signed a deal to become an ambassador for the Venetian's poker room.

Baffling move, indeed. On both sides.

A job is a job and we all have to take jobs we don't want at different points of our lives. Considering the staunch anti-online poker stance from her new employer, the move by Obrestad reeks of desperation.

The Venetian's owner makes Montgomery Burns from The Simpsons look like Mother Theresa. The deep-pocketed billionaire is the primary reason online poker is still outlawed in America. Many members of the poker community boycotted the Venetian in Las Vegas by refusing to play cash games and participate in their tournament series, which has directly seen its numbers drop because of the non-official boycott. In order to drum up business, the Venetian hired new brand ambassadors… Erica Schoenberg Lindgren and Annette 15.

The anti-online poker lobby flaunts a fear-mongering argument that online poker is evil because it will lure in underage kids and ruin their precocious lives. Yes, it's up to bought-and-sold politicians to set forth laws to protect the children, ergo no online poker.

The hiring of Annette15 is a hypocritical move on the Venetian's part, who went out and hired a brand ambassador who got famous for crushing tables when she was underage!

That's one hell of a troll job, or someone is totally clueless.