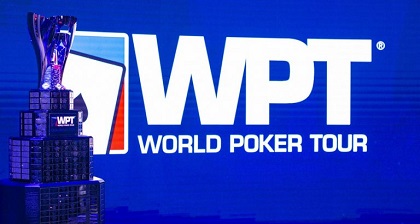 It's here. I know you have been holding your breath awaiting the remainder of the World Poker Tour schedule. Well, you finally got your wish because the second half of the WPT Season 17 schedule has finally been released by WPT suits.

The schedule will have events in North America and Europe, so get your passports ready for international action.

The 2019 WPT schedule begins in sunny Southern California. The Hawaiian Gardens will host the $10,000 buy-in Gardens Poker Championship on January 12. In a new twist, the final table will be plated in Las Vegas (and not LA) at the swanky HyperX Esports Arena Las Vegas, located at the Luxor.

At the end of January, the WPT and their partner partypoker LIVE will produce the WPT Russia in Sochi, Russia. That event has only a $3,000 buy-in plus a guarantee worth $1.5 million, but partypoker should be sending a slew of online qualifiers.

At the end of February, the WPT heads north of the border to the Fallsview Casino Resort in Ontario for the Fallsview Poker Classic. That event has a CAD $5,000 buy-in. Yes, Canuck bucks, eh!

In March, the WPT returns to Northern California for the WPT Rolling Thunder at the Thunder Valley Casino Resort. The event price tag for this one got bumped to $5,000.

The WPT Barcelona starts on March 10 at the Casino Barcelona. The event is in conjunction with partypoker LIVE. The buy-in for this event in only €3,300, but it also has a €3 million guarantee.

The WPT returns to Choctaw Casino in Durant, Oklahoma for a second event this season. In mid-May, the WPT Choctaw kicks off in Oklahoma, but the final table will be played out in Vegas! Yes, once again the HyperX Esports Arena Las Vegas at the Luxor will host the final table of this WPT event.

The Aria Casino in Las Vegas will be the focal point of the end of the season. Two events will go down at the Aria. Starting May 37 and running through May 31, the Aria hosts the WPT ARIA Summer Championship.

As soon as that ends, the Baccarat Crystal WPT Tournament of Champions kicks off on June 1 at the Aria. The final table for the TOC is scheduled for June 3. The $15,000 buy-in event is open to all members of the WPT Champions Club. Anyone who won an event this season automatically gets a freeroll into the TOC. And yes, the final table of this one will take place at the Luxor in the HyperX Esports Arena.

The WPT UK will be hosted at the Dusk Till Dawn Poker & Casino Nottingham. The £1.5 million guaranteed Main Event begins on September 22 and runs through October 6. The WPT UK has a buy-in of only £3,300. Click here for a schedule for the WPT UK.

For more details, head over to the WPT.

Tom Dwan and Phil Hellmuth will finally meet each other in a long-awaited heads-up battle. The two have a throwdown set for late August for High Stakes Duel III with $200,000 on the line. Tune in to PokerGo on August 25 and see if Hellmuth can maintain his undefeated record after beating Antonio Esfandiari, Daniel Negreanu, and Nick Wright.