WSOP 2016: The Return of Colossus
by Pauly McGuire 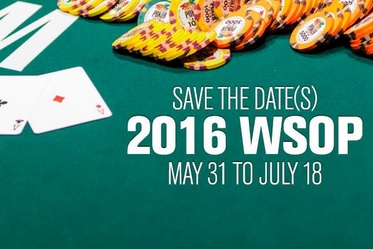 The 2016 WSOP, or the 47th year of the prestigious poker series in the world, will kick off on May 31, 2016 at the Rio Casino in Las Vegas. The second overall event, or first open event will be Colossus II.

The 2015 Colossus was plagued with controversy. Then again, it's the WSOP, so has their never not been a controversy that has been associated with growing pains? Last year's big gripe was the first-place payout of $638K was significantly lower than $1 million.

For the Colossus II, the first place guarantee is $1 million. Give the WSOP some credit…historically speaking they might make an error one year, but they are quick to find a better solution the next year.