Live from Marrakech! The second live broadcast of Club Poker Radio. It's Day 2 of the WSOP Circuit Main Event at the Casino de Marrakech in Morocco and my French colleagues are broadcasting live for a second night in a row. Tune in Friday at 10:30am Vegas time or 1:30pm ET or 7:30pm Paris time.

I hope you speak French...because if you don't you're gonna be a little confused. Listen to Club Poker Radio's live show here. 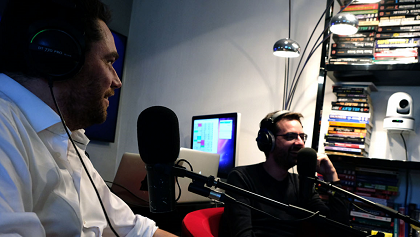